The billboard in Shiraz city in Iran shows three soldiers from the rear standing on a hill and looking forward. (Supplied)

On the occasion marking the 30th anniversary of the end of the war with Iraq that started in September 1980 and ended in August 1988, the Iranian Shiraz city in south of the country, put up a huge billboard of three soldiers glorifying them for fighting during the eight-year war.

But the story does not end here as this picture drew ridicule from people inside and outside Iran, as the photo was of Israeli soldiers and not Iranian soldiers.

Iranian media circulated widely the picture which sparked a wave of protest against the scandal in one of Iran’s largest cities and in a country that has been emboldened by threats against Israel for four decades, though none of them have been implemented.

The billboard which was erected in Namazi Square in Shiraz. shows three soldiers from the rear standing on a hill and looking ahead, with Persian verses alongside which said: “The wise men went and we still see their greatness … and we see on the mountain their dark shadows” referring to Iranian soldiers who died in the war with Iraq.

But later on, it turned out that the picture was of Israeli soldiers and was photoshopped, as the original picture wass of four soldiers including a female soldier with her hair exposed.

The image was cropped to remove the female IDF soldier. However, the person who made the poster neglected to notice that the soldiers carried M-16s  rifles which the Iranian army is not equipped with. 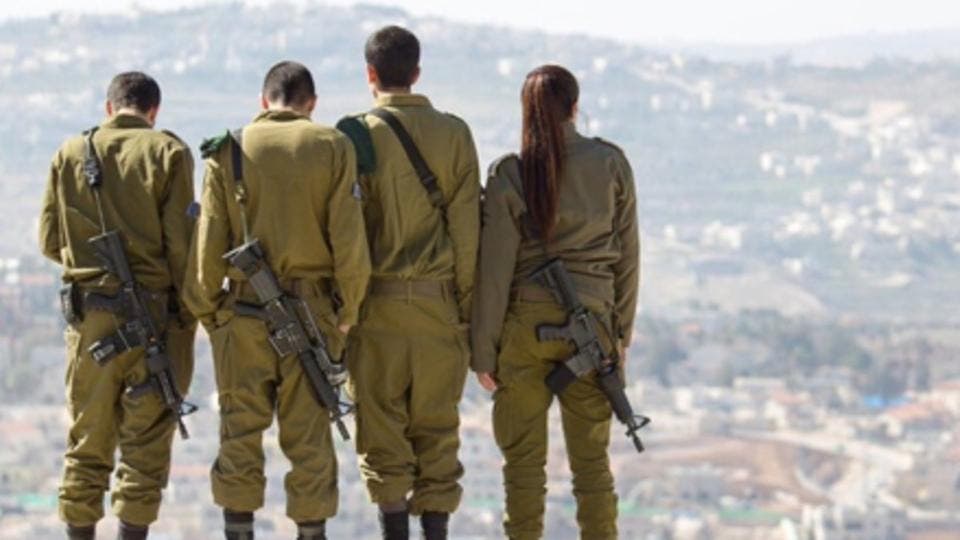 The original image was cropped to remove a female IDF soldier, however who made the poster neglected to notice that the soldiers had M-16s rifles, the Iranian army is not equipped with. (Supplied)

After a wave of criticism, the municipality of Shiraz was forced to remove the billboards from the streets of the city and issued an apology , saying it will punish those who published the advertisement.

However, despite this apology, both the pro-regime and opposition media widely published the advertised picture, which provoked a mixture of sarcasm, criticism and astonishment.