Screenshot from the video which shows a launcher for the Houthi’s Badr-1 ballistic missile emerging from the ground. (Social Media)

In a new video highlighting a recent ballistic missile launch directed at an airport in southern Saudi Arabia, Yemen’s Houthi rebels also unveiled to the world its underground missile launchers.

The video showcased a Badr-1 ballistic missile reportedly fired at an airport in Khamis Mushayt from an underground launcher. Saba, a website linked to the Houthis, reported that the underground launchers“cannot be targeted by Saudi-led coalition’s warplanes.” Additionally, the video was released just after the militant group announced on its main website that its ballistic missile program “will see more robust and efficient development in the coming period.”

The Houthis have launched dozens of ballistic missile into Saudi Arabia since 2015. Most have been fired at the southern Saudi provinces of Najran, Jizan, and ‘Asir. However, several have also been fired at the capital Riyadh, as well as Yanbu and Mecca. Just last week, Saudi officials claimed their air defense forces shot down two Houthi missiles over Riyadh.

Iran has been implicated in providing the Houthis with rockets and better technology to improve its missile capabilities. Iran, and it’s proxy Lebanese Hezbollah, have long supported the Houthi movement with weapons, training, and money.

The underground launcher prior to firing and then retracting back to into the ground: 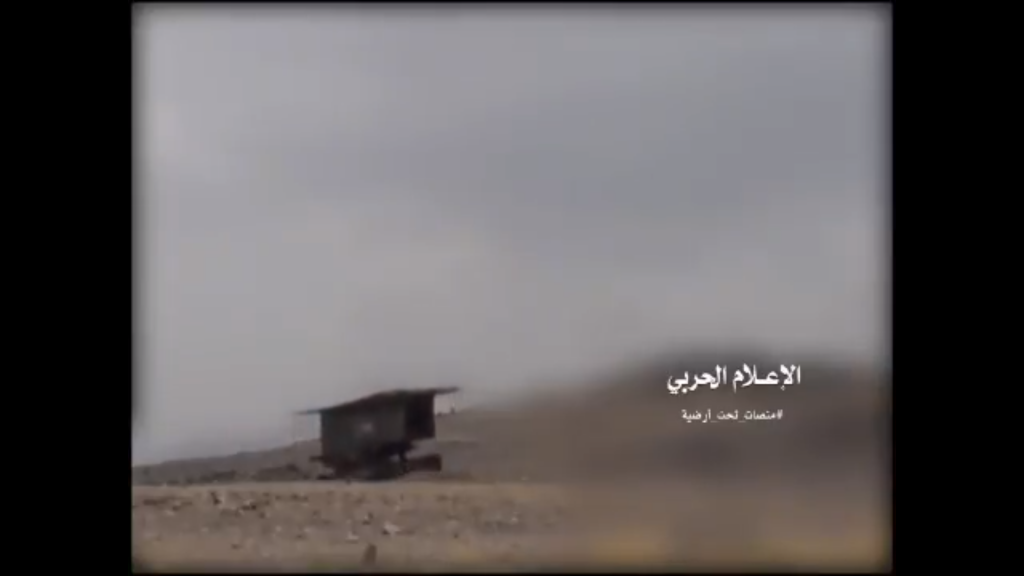