Iran’s Revolutionary Guards march during an annual military parade that marks Iran’s eight-year war with Iraq, in the capital Tehran, on September 21, 2012. (AFP)

Iranian opposition activists have revealed what they believe is a network of training camps run by Tehran.It is suspected these military bases are used by the so-called Quds Force, which is watched over by the powerful Iranian Revolutionary Guard.The People’s Mojahedin Organization of Iran (PMOI) – an opposition group which advocates the overthrow of the regime – revealed the map to Daily Star Online.

Tehran is feared to use these terrorist camps to train “proxies” to launch operations deep into Europe and in the US.

It comes as tensions flare in the Middle East as the dissolution of the so-called nuclear deal has paved the way for a new tanker war in the Strait of Hormuz.

Shahin Gobadi, spokesman for the PMOI, explained the headquarters of these forces in the Imam Ali military base.He claimed opposition activists have traced the so-called Quds Force Training Directorate – which is codenamed “12,000” in internal communications in Iran.“The Iranian resistance has so far identified 14 training centres belonging to the directorate,” Gobadi said.

Imam Ali is described as 10 hectares with enough housing for “several” IRGC garrisons based there, Gobadi said.

The PMOI previously warned there will be a “stepping up” of Iranian terrorist activity amid the ongoing crisis in the region.

PMOI officials put together the map which revealed the 14 suspected site across Iran.Eight of the bases are claimed centred in the capital Tehran.And one is based on Queshm Island, which is located in the Strait of Hormuz.

It is believed Iranian terrorist proxies are responsible for attacks of five tankers and a cargo ship in the Strait. 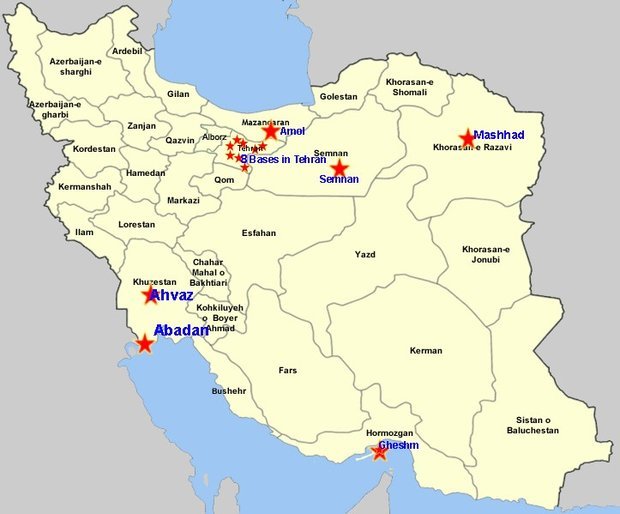 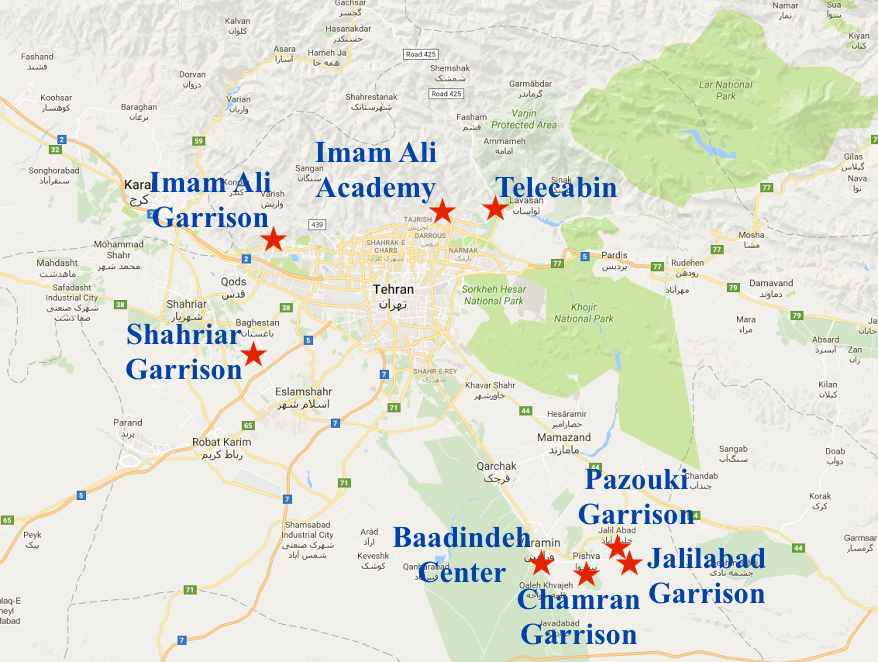 Activists claim Iran is training terrorists within its borders. (PMOI)
Further terror camps are claimed to be based in Ahvaz and Abadan, in western Iran.And the final two are said to be in Semnan, central Iran, and Mashhad, in eastern Iran.Iran has been repeatedly called the “world’s leading state sponsor of terror”.

The US have also directly accused them of training terrorists in the Middle East.

Iran’s so-called Quds Force – under command of General Qassem Soleimani – reports directly to the supreme leader of fundamentalist regime, Ayatollah Ali Khamenei.It is estimated the force is up to 20,000 strong and is understood to be responsible for supporting and training proxy groups worldwide.Tehran is believed providing material support for forces in Saudi Arabia, Syria, Afghanistan, Lebanon.

Surveillance and terror plots linked to Iran stretch much further than the Middle East, reaching into Europe, the Americas, Asia and Africa. 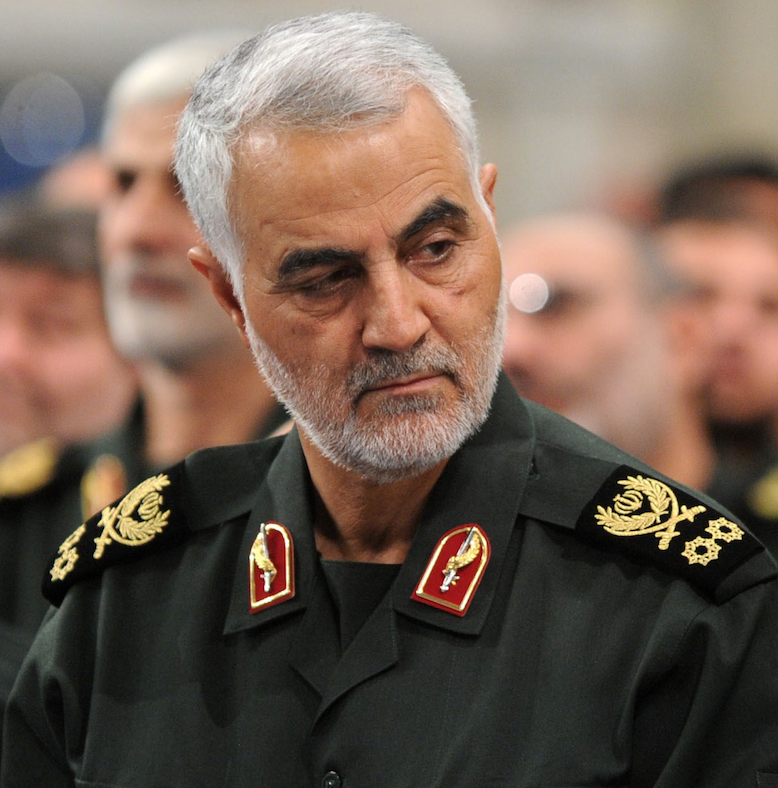 Qassem Soleiman is the leader of the Quds Force arm of the Revolutionary Guard. (GETTY)
Gobadi told Daily Star Online: “The commander of the Quds directly reports to Ali Khamenei, the regime’s supreme leader.“In some of the countries in the region such as Syria, Iraq, Lebanon, and Yemen, the Iranian regime’s proxy forces have directly been engaged in wars.”The clerical regime has provided all sorts of financial, material, logistical support, weapons, training to them and in reality is commanding them.

“In some other countries like Bahrain and Saudi Arabia the involvement has been in the form of training terrorists and dispatching them to these countries for acts of terror and sabotage.”

Iranian proxies have linked to incidents in France, Denmark, Germany, the US, Argentina, Thailand, Nigeria and more.PMOI officials also estimated they believe Iran is now linked to training foreign mercenaries as part of the proxes.And one of the largest groups linked to the Iranian regime is the Lebanese Hezbollah, which is linked to attacks on US forces in the 1980s.

Gobadi told Daily Star Online it is estimated that the Iranian regime continues to hand around $1 billion every year to Hezbollah.

Iran is also linked to the ongoing war in Yemen, with the regime believed by the PMOI to be supporting Houthi rebels who have staged numerous attacks on Saudi Arabia.

British security sources warned earlier this year about the ongoing threat from the Iranian proxies as the UK is drawn into the row in the Middle East.Tensions have flared between Britain and Iran after a tit-for-tat tanker seizure which has led to two Royal Navy warships being deployed to the Persian Gulf.“Iran has Hezbollah operatives in position to carry out a terrorist attack in the event of a conflict. That is the nature of the domestic threat Iran poses to the UK,” one source told the Telegraph. 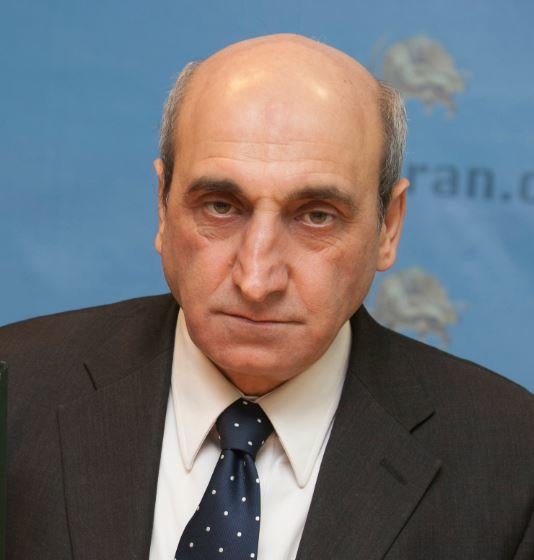 Shahin Gobadi said they had identified 14 terror camps in Iran (GETTY)
Iran and Britain have been at loggerheads since the Royal Marines peaceful seized Iranian flagged tanker Grace 1 as she sailed past Gibraltar.Grace 1 is believed to have been transporting Iranian oil to the brutal regime in Syria, violating EU sanctions.Tehran responding furiously and snatched the tanker Stena Impero, despite British warship HMS Montrose rushing to help.

Both sides are now refusing to back down, with foreign secretary Dominic Raab refusing to negotiate with Iran. 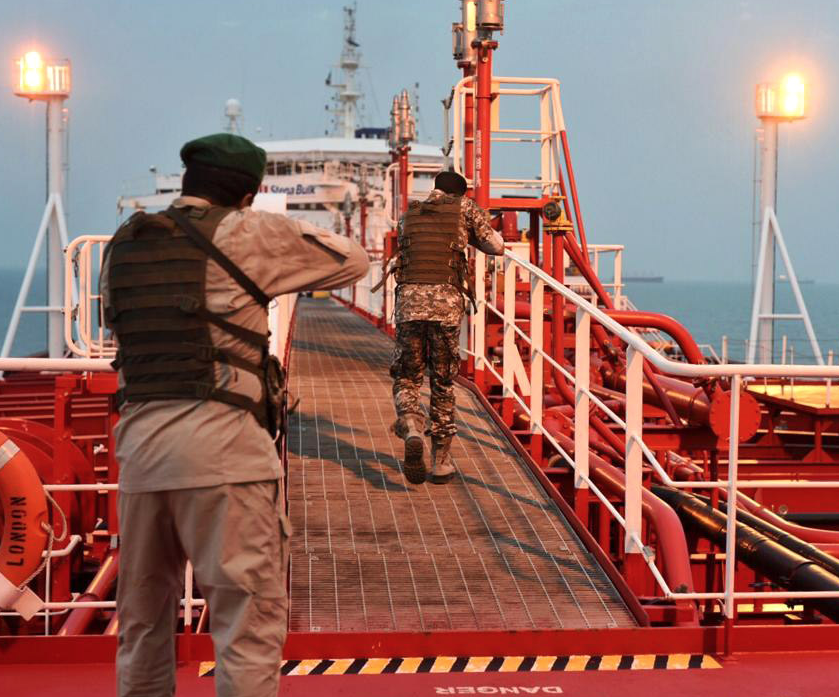 Iran continues to hold British tanker Stena Impero hostage. (GETTY)
US President Donald Trump came close to launching a limited strike on Iran after the regime shot down a US drone, but backed down at the 11th hour.Tehran has broken the binds placed on its enrichment of uranium by so-called nuclear deal with the West – but insist the measures are for power plant fuel not nuclear weapons.Britain, the US and Israel have now formed an international coalition with a mission to defend the Strait of Hormuz.