Netanyahu: Iran can have no military presence in Syria

Home/Isreal, Syria/Netanyahu: Iran can have no military presence in Syria
Previous Next

Netanyahu: Iran can have no military presence in Syria

Israeli Prime Minister Benjamin Netanyahu looks on as he chairs the weekly cabinet meeting on July 6, 2014 at his Jerusalem office. (AFP)

Israeli Prime Minister Benjamin Netanyahu said Monday he will press German and French leaders next week to support his position that Iran should have no military presence in neighboring Syria.

Netanyahu will travel to Germany and France for talks expected to focus on the US decision to withdraw from the Iran nuclear deal — long sought by Israel — and the Iranian presence in Syria. He will meet French President Emmanuel Macron and German Chancellor Angela Merkel on the June 4-6 trip. Netanyahu said he may also meet British Prime Minister Theresa May.

“We believe that there is absolutely no room for any Iranian military presence in any part of Syria,” Netanyahu told senior officials from his Likud party, according to a statement from his office.

“These things, of course, reflect not only our position. I can safely say that they also reflect the views of others in the Middle East and beyond the Middle East. This will be the main focus of my discussions.” Israel has been pledging for months to prevent its main enemy Iran from entrenching itself militarily in Syria, where Tehran is backing President Bashar al-Assad’s regime.

Earlier this month, Israel launched a large-scale attack on what it said were Iranian targets in Syria, raising fears of a major confrontation. Those strikes followed a barrage of rockets that Israel said was fired toward its forces in the occupied Golan Heights by Iran from Syria. 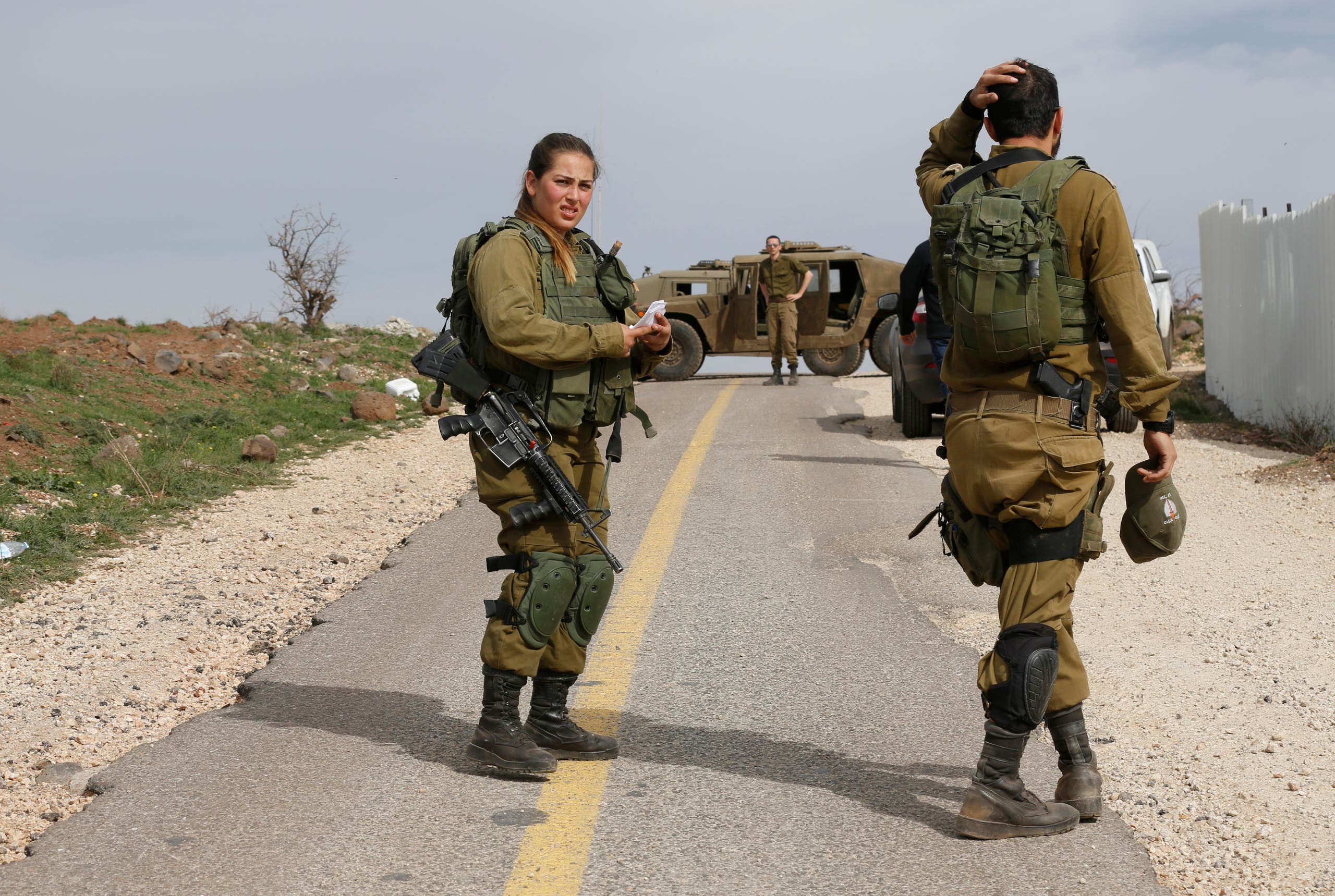 Israeli soldiers block a road in the Israeli-annexed Golan Heights, on February 10, 2018. (AFP)

Even before that, Israel had been blamed for a series of recent strikes inside Syria that killed Iranians, though it has not acknowledged them. Israel argues the lifting of sanctions under the nuclear deal allowed Iran to expand its presence in the Middle East, both through its own forces and with proxy groups.

It also says the time limits on the accord do not guarantee Iran will not eventually obtain nuclear weapons, while it also wants to see restrictions on Iranian missile development.

Trump announced on May 8 that the United States was pulling out of the agreement, but all other parties to it — Germany, France, Britain, China and Russia — say the agreement is working as intended and want to stick by it.

There have been concerns over the fallout from the White House decision and tensions in Syria. Chagai Tzuriel, director general of Israel’s intelligence ministry, told journalists on Monday he believed recent events were convincing countries such as Russia that allowing Iran to entrench itself militarily in Syria was not worth it.

Russia is also backing Assad’s regime in Syria and Netanyahu has held a series of recent discussions with President Vladimir Putin on Iran’s presence there. Tzuriel said that if the opportunity is not seized on and Iran is not pushed back “we are on a collision course with Iran”.