After delay, IDF chief heads to DC to discuss Iran nuke threat with US officials

After delay, IDF chief heads to DC to discuss Iran nuke threat with US officials

IDF Chief of Staff Aviv Kohavi will lead a senior delegation of top Israeli military officers to Washington early Sunday to meet with American officials about Iran’s nuclear program and its expansionist efforts in the region, the Israel Defense Forces said Thursday.

“The chief of staff will discuss with his counterparts current shared security challenges, including matters dealing with the Iranian nuclear threat, Iran’s efforts to entrench itself militarily in the Middle East, Hezbollah’s rearmament efforts, the consequences of the threat of precision-guided missiles and joint force build-up,” the military said.

Kohavi’s trip comes amid lingering tensions between the US and Israel over the Iran nuclear issue. US President Joe Biden’s administration intends to return to the 2015 nuclear deal with Iran, a move that Israeli officials, including Kohavi, have staunchly and publicly opposed.

Shortly after Biden’s inauguration in January, Kohavi made waves with a particularly blunt speech arguing against the US rejoining the deal, calling it a “bad” plan.

Since taking office earlier this week, the newly inaugurated Israeli government has clarified that it too opposes Biden’s plans to rejoin the deal, but that, unlike its predecessor, it would voice its criticism in private.

Kohavi will be joined on the nearly week-long trip by Maj. Gen. Tal Kalman, who leads the IDF’s counter-Iran efforts, as well as Brig. Gen. Amit Sa’ar, who leads Military Intelligence’s Research Division, and Israel’s defense attaché in Washington, Maj. Gen. Yehuda Fuchs, who is due to complete his tenure shortly.

The delegation is scheduled to meet US National Security Adviser Jake Sullivan, Defense Secretary Lloyd Austin, Chairman of the Joint Chiefs of Staff Mark Milley, the head of the US Central Command Kenneth McKenzie, the head of the US Special Operations Command Richard Clark and others. 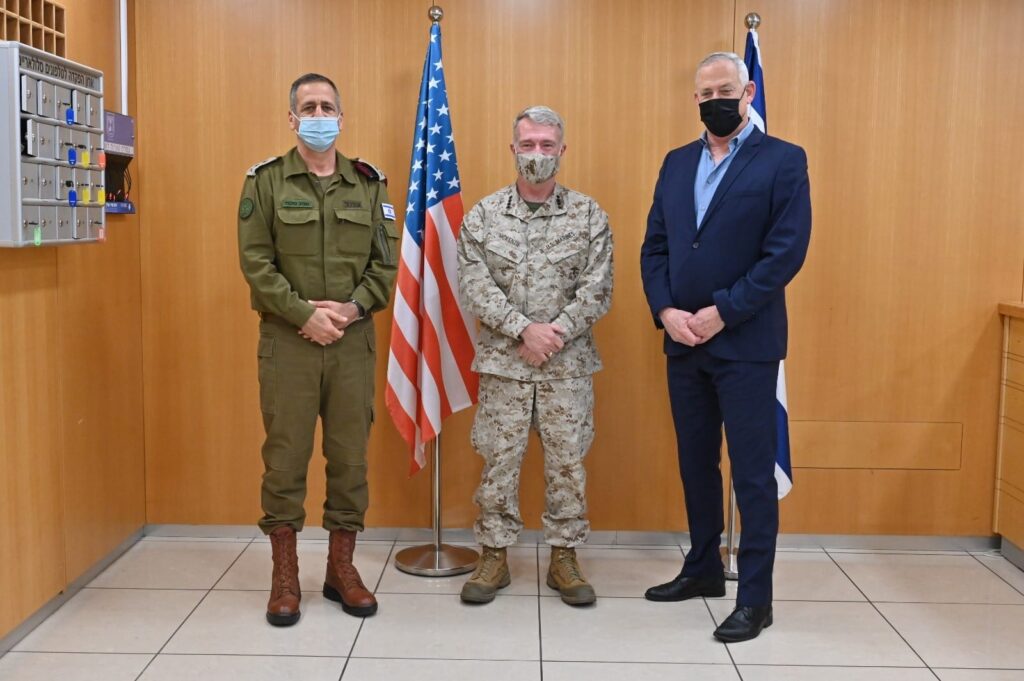 Kalman, Sa’ar, and Fuchs will also hold their own meetings with additional American defense officials, according to the IDF.

Kohavi was initially scheduled to travel to Washington in late April, but his trip was called off in light of rising tensions at the time between Israel and the Hamas terror group in the Gaza Strip, which culminated in a vicious 11-day battle last month.

During the visit, the IDF commander will also share with American official’s the military’s assessments of its conflict with the Hamas terror group in the Gaza Strip last month, known as Operation Guardian of the Walls — and particularly how some of its new battle strategies fared in real-world combat, the IDF said.

“The chief of staff will present the IDF’s main operational activities during Operation Guardian of the Walls, with an emphasis on changes that were brought to bear on the conflict, in terms of firepower capabilities, precise intelligence and digital and inter-branch communication,” the military said

Kohavi was also scheduled to meet with heads of think tanks and other “thought shapers” in the US, as part of Israel’s public relations efforts before returning to Israel on Friday. IDF deputy chief of staff Eyal Zamir will command the military in his absence.

During the visit, Kohavi will officially be the guest of the chairman of the joint chiefs of staff.