Egyptian Princess Fawzia: How her marriage to Iran’s Pahlavi ended in divorce

Home/Egypt/Egyptian Princess Fawzia: How her marriage to Iran’s Pahlavi ended in divorce
Previous Next

Egyptian Princess Fawzia: How her marriage to Iran’s Pahlavi ended in divorce

Iran was the first country to formally recognize Egypt after its independence from Britain. It opened an embassy in Cairo to improve relations between the two countries.

In 1928, Iran and Egypt signed a trade agreement and the Iranian Chamber of Commerce was established in Cairo.

It was during this time that the Iranian ambassador in Cairo arranged a meeting between King Farouk’s sister, Princess Fawzia, and Mohammad Reza Pahlavi, Crown Prince of Iran at the time. The political union was lauded by both parties.

Article 37 of the Iranian Constitution, which stipulated that the mother of the Crown Prince had to be of Iranian origin, had to be changed as a result of the union. The marriage took place in March 1939 at the Abdeen Palace in Cairo. They had another wedding celebration in Tehran.

At the time, it was believed that the marriage of Mohammed Reza and Fawzia will not only strengthen relations between Egypt and Iran but will play a pivotal role in consolidating the leadership of Egypt in the Islamic world, and recognizing them as the seat of the Islamic caliphate. “The purpose of this marriage is to revive the Islamic caliphate and choose King Farouk as the Muslim caliph,” the English press had written.

The union between the two royals had proven to be difficult. Princess Fawzia did not speak Persian adequately, and was away from the rest of her family and her friends in Egypt, which led to constant disagreements with her husband and his family members.

It was reported that the relationship Princess Fawzia had with Pahlavi’s sisters was that of a cold nature. Fawzia did not feel comfortable in Iran’s uninviting atmosphere, and thus felt no connection to Iranians. As a result, she did not participate in social ceremonies and refused to attend gatherings even when her husband requested her attendance. Thus, her life as the Queen of Iran was difficult and unpleasant.

During her marriage to the Shah, Queen Fawzia gave birth to a baby girl named Shahnaz in October 1940. 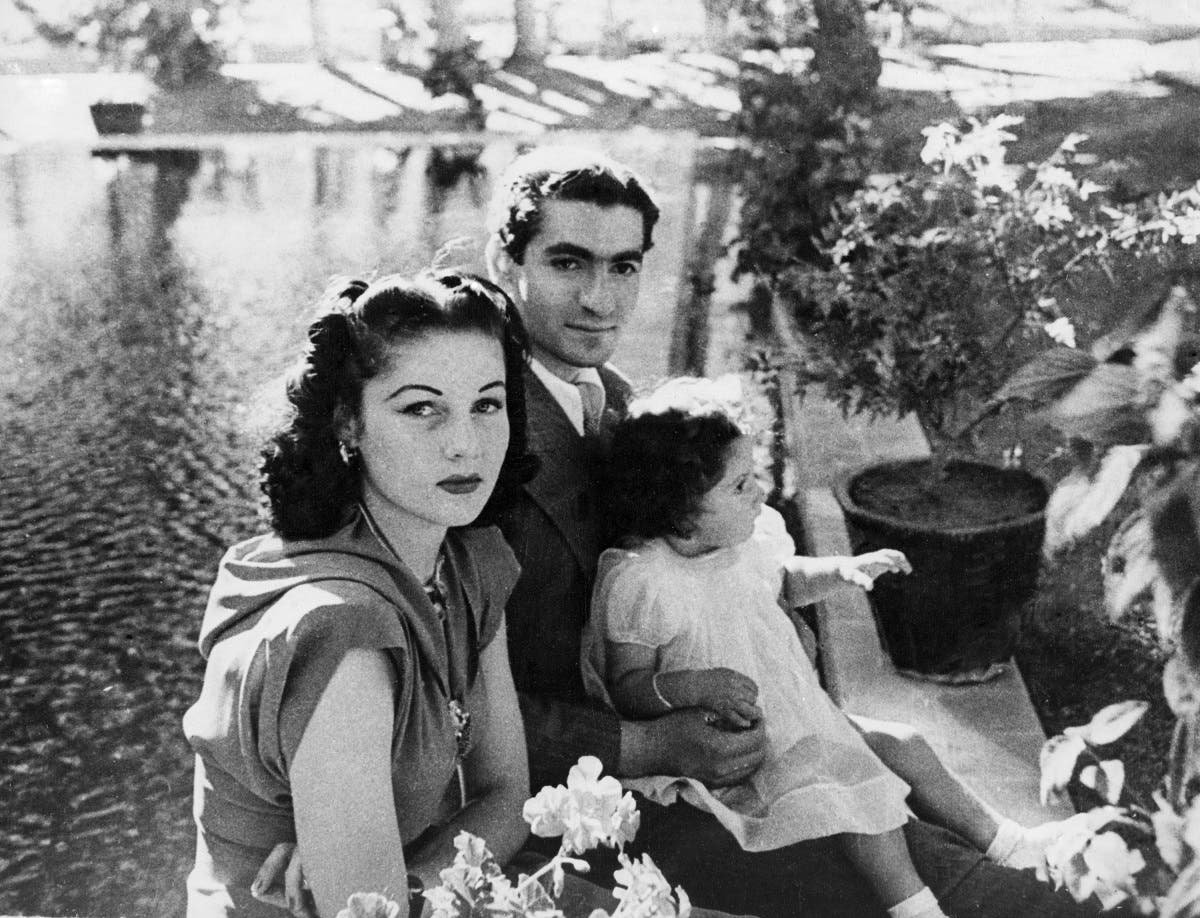 In this undated 1942 file photo, Shah of Iran Mohammad Reza Pahlavi, his wife, Queen Fawzia, and Princess Shahnaz on the grounds of their palace near Tehran. (AP)

It was often reported that the marriage was loveless and that the Shah’s fideltity had been questioned numerous times, which led to her unhappiness and eventually she filed for divorce.

In May 1945, Fawzia moved to Cairo and filed for divorce from an Egyptian court. Although the Shah had tried to persuade her to return to Iran several times, she remained in Egypt and was adamant about the divorce. She viewed Tehran as an undeveloped city in comparison to the thriving cosmopolitan Egyptian capital.

Initially, the divorce was not formally recognized by Iran for a few years but in 1948, an official divorce was obtained in Iran and Fawzia reclaimed her title as Princess of Egypt.

In official announcements, it was said that Fawzia’s health deteriorated in Iran’s climate and thus she had to dissolve her marriage.

The Shah also commented saying the divorce would not affect the friendly relations between Egypt and Iran.