The problem of land subsidence in Esfahan has been exacerbated by recurrent droughts in recent decades and the use of underground water and rivers by agriculture and industries. (Supplied)

Extraction of underground water around Esfahan, which Iranians call “half the world,” is threatening the city’s historical monuments and international airport.

Some environmental activists have claimed the airport’s tower is now leaning “like the tower of Pisa,” which inclines 10 degrees. In fact, the tower has reportedly tilted 3 degrees, hardly noticeable by the naked eye or in photos.

There are photos on social media of cracks in the ground around the airport, and of hollows in and around Esfahan’s historical buildings and monuments.

Environmental activists have also in a letter to the Deputy Prosecutor-General Reza Khoshnudi demanded the prosecution of those responsible for what they call an “environmental disaster” befalling the city and its residents. 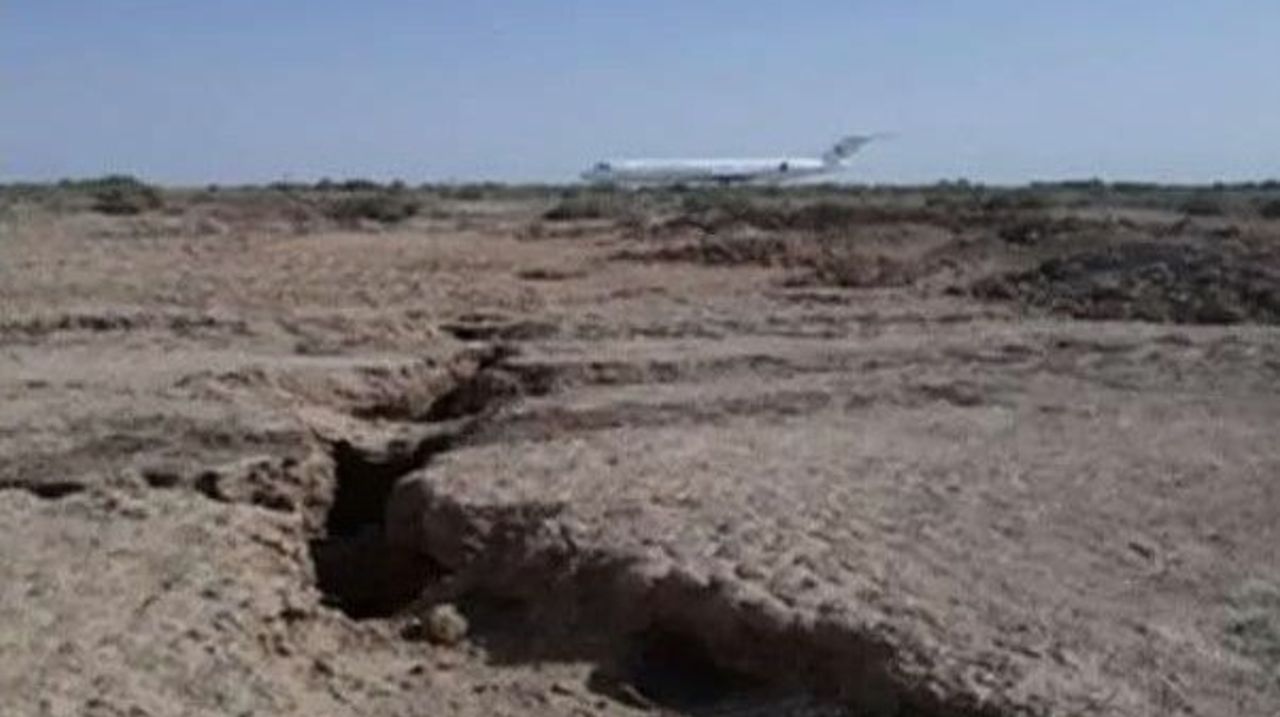 Director-General of the Geological Survey and Mineral Exploration of Esfahan Province, Reza Eslami, on Monday told the Iranian Students News Agency (ISNA) that surveys were underway to assess structures at the airport including gas and fuel pipes and declined to offer immediate comment on the tower.

Eslami said expedient measures were urgently needed, and that if water extraction continued at the same volume land subsistence would affect airports, power plants, and refineries. “There will be no Esfahan in such circumstances,” he suggested.

Land subsidence is not limited to Esfahan and its surrounding plain. In many other areas in Iran cracks and huge hollows that resemble meteor craters have appeared in the ground in recent years. Ali Saberi, a geologist told local media that one million hectares of land in the country is affected by subsidence and the main cause is unlimited extraction of ground water.

The problem of land subsidence in Esfahan has been exacerbated by recurrent droughts in recent decades and the use of underground water and rivers by agriculture and industries. Esfahan’s famous Zayandeh Rud, the largest river in central Iran, has for years run dry most of the year. Farmers in Esfahan province have protested they are not receiving a due share of the river’s waters, which is being used by other provinces.

Some blame the water situation on an emphasis in achieving self-sufficiency in agriculture, including water-intensive crops such as rice and other grains, which was the aim of many governments even before United States ‘maximum pressure’ sanctions. Supreme Leader Ali Khamenei in 2000 and 2001, promoted an increase in population and self-sufficiency in wheat and rice as the main goal of agriculture.