Pouya Bakhtiari (Bakhtyari) and his father Manouchehr. Pouya was shot in the head on 16 November in Karaj. (Instagram)

The father of an Iranian protester killed by security forces in Iran said Monday he was forced to attend a memorial of slain military commander Qassem Soleimani, who he considers responsible for the killing of thousands of women and children.

Bakhtiari’s son, Pouya Bakhtiari, was shot dead on the second day of anti-government protests, which erupted across Iran last November after the government announced gasoline price hikes of at least 50 percent. 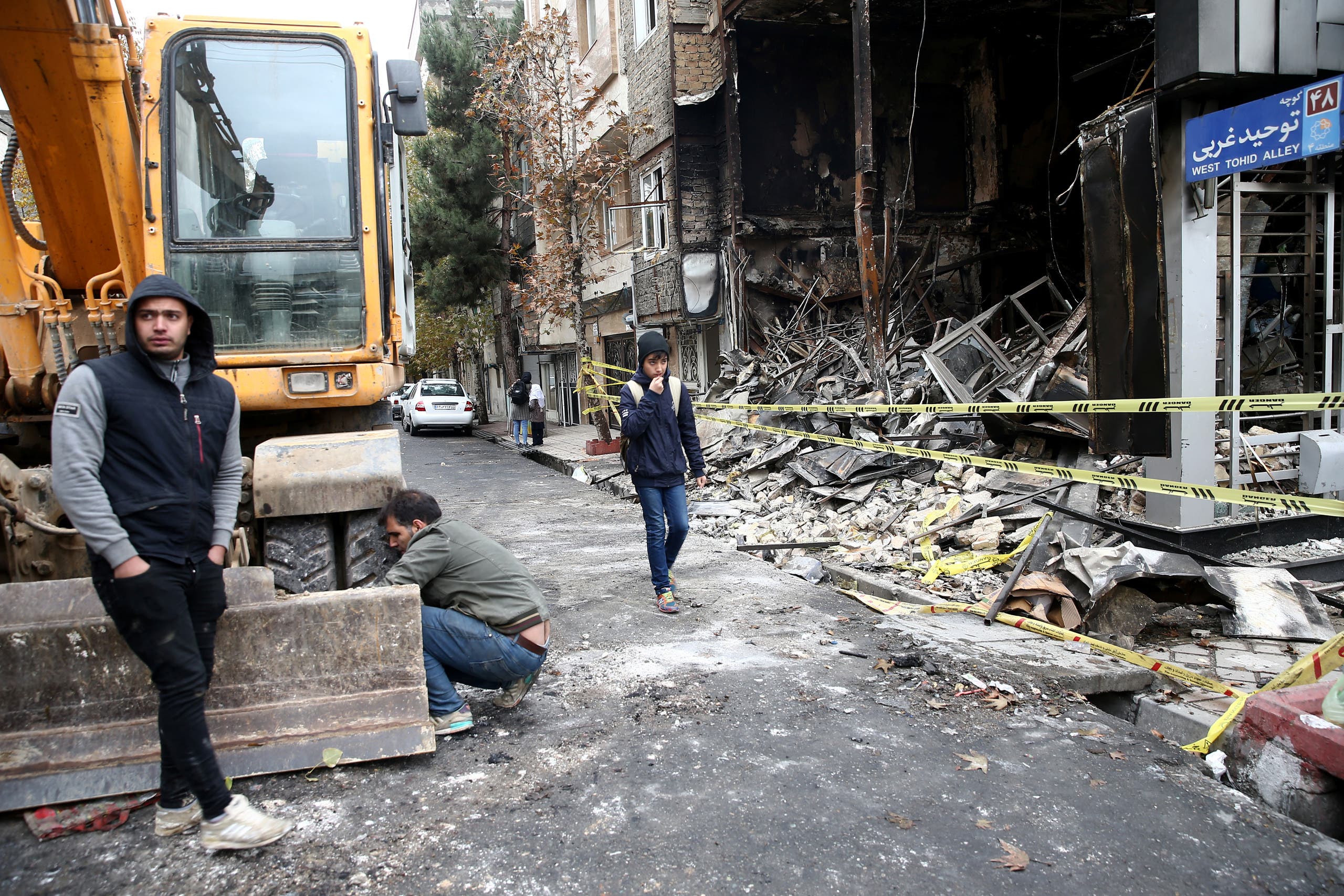 Since then, Bakhtiari, who holds the regime responsible for his son’s death, has been highly vocal in his opposition to the Islamic Republic.

In response to a campaign launched by the Iranian foreign ministry calling for sanctions relief amid the coronavirus pandemic, he urged the international community in April to not lift sanctions against the regime and instead send aid to Iranians directly, arguing the Islamic Republic will spend any money it makes or receives on its own needs.

In a video on his Instagram page, Bakhtiari said on Monday he considers Soleimani a “mercenary,” and that he was forced to attend the event and take pictures holding a poster of the slain commander.

“They have been trying to assassinate my character and fool Iranians by circulating videos and pictures of me and my brother Mehrdad Bakhtiari on social media,” said Bakhtiari.

An Iranian holds a picture of slain General Qassem Soleimani as people gather to mourn him in Tehran, Iran on January 4, 2020. (Reuters)

“These videos were taken at a time when my family and I were under arrest,” he said, adding: “Through threats, they forced me to take these videos.”

Last December, Iranian authorities arrested and later released several members of the Bakhtiari family, including Manouchehr Bakhtiari, after they insisted on commemorating their dead son.

On Soleimani, Bakhtiari said: “I consider Qassem Soleimani a mercenary of the regime, a devoted follower of [Khamenei], and the cause of the killing of thousands of women and children as well as the forced displacement of millions of humans.”

He added that the Islamic Revolutionary Guard Corps (IRGC) is an “anti-people, fascist and mercenary institution.”

Soleimani, who headed the Quds Force, the overseas arms of the IRGC, was killed in a US airstrike at Baghdad’s international airport in January.

Iranian activists believe it was regime accounts that were circulating pictures and videos of Bakhtiari holding a Soleimani poster.

Attempting to associate Bakhtiari with Soleimani in order to damage the former’s reputation is proof that despite claiming Soleimani is a popular figure in Iran, the regime and its supporters are aware of how unpopular Soleimani is amongst Iranians, say Iranian activists.

“The regime knows how much people despise Soleimani, so they forced Bakhtiari to attend his commemoration ceremony and take a video holding his image in order to tarnish his name,” tweeted one user.