Former Iranian president Mahmoud Ahmadinejad came under fire on Friday for using the N-word in a tweet about the police killing of George Floyd.

“The killing of #GeorgeFloyd was deeply disturbing & upsetting & is the result of the current world order which we all must unite against,” part of Ahmadinejad’s tweet read.

In the same tweet, Ahmadinejad quoted a song lyric from the late American rapper Tupac Shakur that included the N-word without censoring the word. 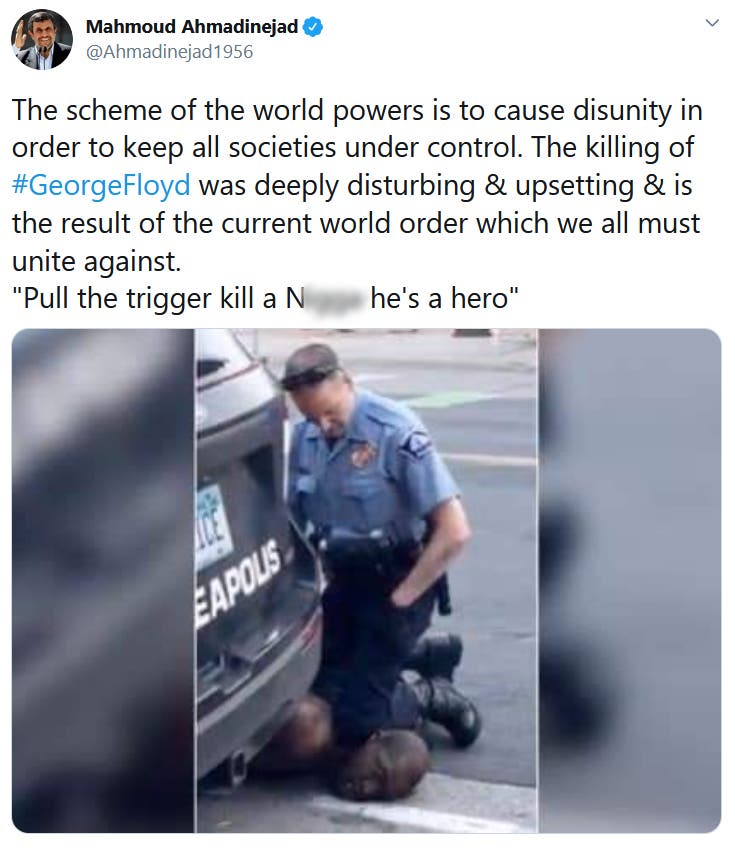 Protests erupted in Minneapolis this week after a video emerged showing a police officer kneeling on Floyd’s neck. Floyd later died of his injuries and the officer, Derek Chauvin, was arrested and charged with third-degree murder and manslaughter on Friday.

Ahmadinejad, as well as other Iranian officials, have been accused of hypocrisy in their reception of the protests in the US.

Ahmadinejad’s re-election as president in 2009 sparked protests in Iran for months against alleged vote-rigging, during which hundreds were killed and thousands arrested.

Iran often expresses support for protesters in non-friendly countries despite its long track record of violence against protesters at home over the years. 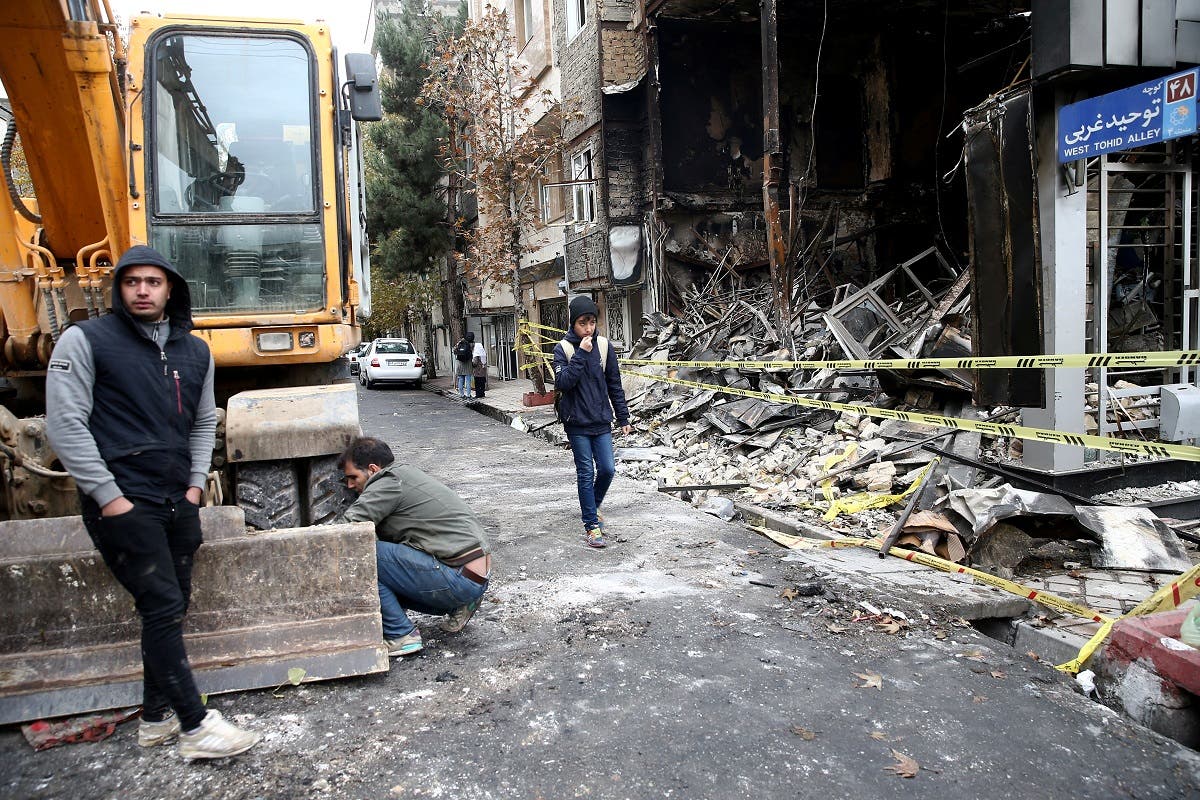 Iran’s Minister of Interior suggested on Saturday that up to 225 people were killed in the country during the anti-government protests. Reuters has reported that security forces killed about 1,500 people during less than two weeks of unrest that started on November 15.