Held in notorious Iranian prison for months, Montrealer Homa Hoodfar says it is ’wonderful’ to be back home

Home/North America/Held in notorious Iranian prison for months, Montrealer Homa Hoodfar says it is ’wonderful’ to be back home
Previous Next

Held in notorious Iranian prison for months, Montrealer Homa Hoodfar says it is ’wonderful’ to be back home

Iranian-Canadian professor Homa Hoodfar smiles as she arrives in Montreal on Thursday.(Canadian Press)

Homa Hoodfar arrived in Montreal this morning to hugs and cheers after being detained in an Iranian prison since June.

“It’s wonderful to be home and united with family and friends again,” Hoodfar said at a news conference at Pierre Elliott Trudeau Airport, as she smiled and clutched the hand of her niece, Amanda Ghahremani.

Hoodfar said she didn’t believe she was actually on the way home until she was on the plane out of Iran.

Hoodfar thanked the federal government and Oman for helping to secure her release.

“I’ve had a bitter seven months and the detention has left me weak and tired,” she said. 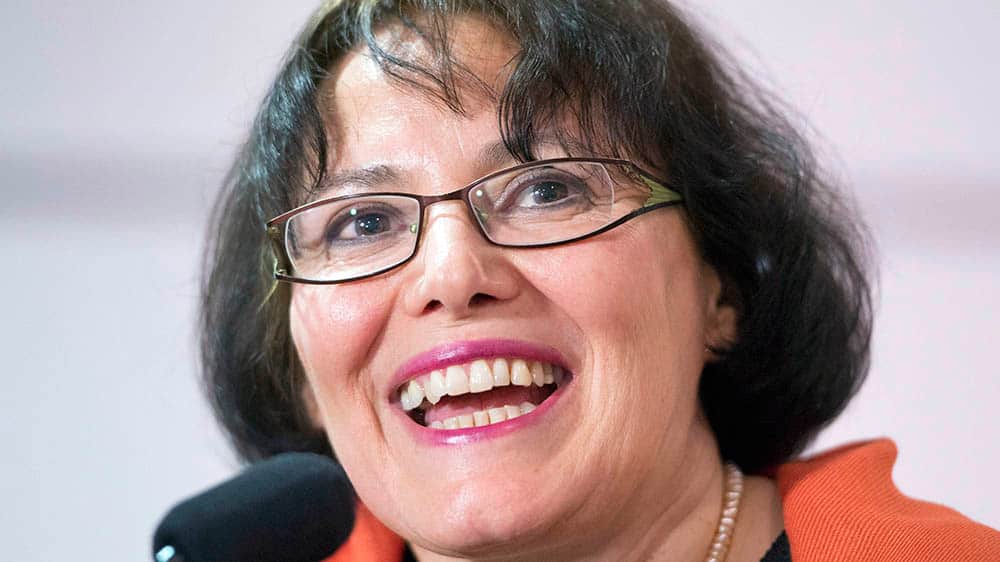 Hoodfar, a 65-year-old Iranian-Canadian, is known for her research on Muslim women in various regions of the world.

She travelled to Iran in February to see family and do academic research but was arrested in March, just as she was set to return to Montreal.

She was released on bail and then rearrested in early June.

She was accused by Iranian authorities of collaborating with a hostile government against national security and with propaganda against the state.

Those charges, however, were never presented to her lawyer. Instead, they were published in the Iranian press, which quoted the prosecutor as saying Hoodfar was “dabbling in feminism.” 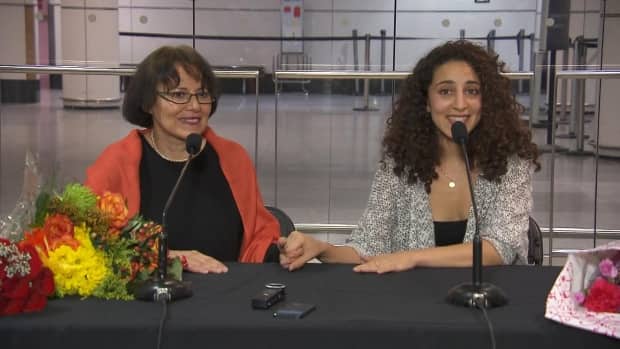 Hoodfar wasn’t sure she’d be released0:39

Hoodfar left Iran on Monday and has spent the past few days in Oman.

Friends and family were on hand for an emotional welcome.

“We are overjoyed,” said Theresa Bianco, a friend from Concordia who came to the airport with flowers for Hoodfar.

“In many ways this has been surreal.”

Her family had feared the worst in recent weeks, saying her health was deteriorating while in solitary confinement. 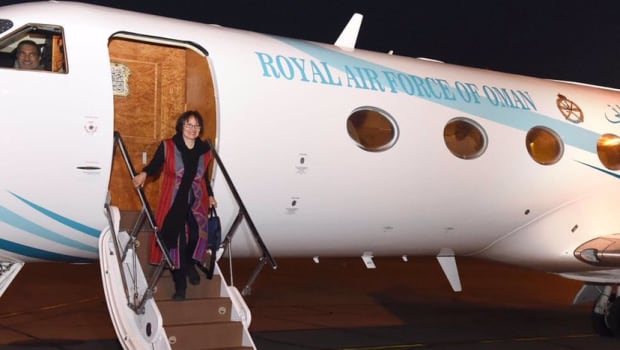 Homa Hoodfar, seen here in a picture posted to Twitter by Oman News, travelled to Oman after leaving Iran on Monday. (Oman News)

In a statement, Prime Minister Justin Trudeau also thanked Italy, Switzerland and Oman for their help in the matter.

Canada has had no formal diplomatic relations with Iran since September 2012, when the former Conservative government closed its embassy in Tehran and expelled Iranian diplomats from Ottawa.

Several dual nationals have been arrested in the year. Analysts have suggested Iranian hard-liners hope to use them as bargaining chips with the West.