In Bahrain, Bennett pledges to aid country in fight against Iran

In Bahrain, Bennett pledges to aid country in fight against Iran

Prime Minister Naftali Bennett, who is on a landmark trip to Bahrain, told a local paper in an interview published Tuesday that Israel would confront Iran and its proxies in the region and aid its allies.

“We will fight Iran and its followers in the region night and day. We will aid our friends in strengthening peace, security and stability, whenever we are asked to do so,” Bennett told the state-linked Al-Ayyam broadsheet in an interview published in Arabic.

Both Israel and Bahrain see Iran as a key threat. Bahrain’s ruling Sunni minority fears Iranian influence over the country’s Shiite majority, which has been historically excluded from decision-making. Iran has also unofficially backed revolutionary groups in Bahrain over the years.

Israel sees tightening its relationship with its Gulf Arab allies as an important step in its regional struggle with Tehran, Bennett said.

“Iran supports terrorist groups active in your region and in our region for the sake of one goal. Iran seeks to destroy moderate states that care for the welfare of their people and work toward security and peace, replacing them with bloodthirsty terrorist groups,” Bennett charged. 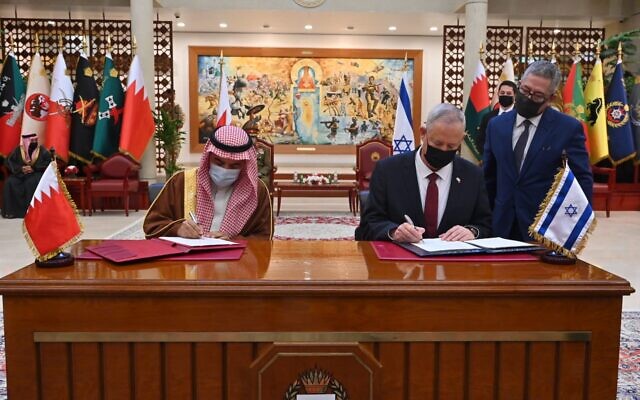 Asked his opinion on the creation of a formal regional alliance to fight Iran, Bennett appeared supportive. Israeli general Tal Kelman had mentioned the notion in a previous interview with Bahraini media.

“Over recent years, we have strengthened our military cooperation with countries in the region, whether Arab or non-Arab. We all understand that we face the same challenges, so why not work together to tackle them? Israel is a strong and reliable country,” Bennett said.

The press in Bahrain is closely controlled by the government, meaning that the interview was likely authorized by state officials before being published.

Foreign Minister Yair Lapid flew to Bahrain in September 2021 to open Israel’s embassy in Manama. Defense Minister Benny Gantz visited in early February and signed a memorandum of understanding with his Bahraini counterpart, that, according to Gantz’s office, “will help advance intelligence cooperation, a framework for exercises, and cooperation between the countries’ defense industries.”

“The two peoples will see the fruits of bilateral relations every day,” he pledged.

Separately, the premier met Tuesday morning with the local Bahraini Jewish community. Bennett called the Jewish community “family,” saying that they play a special role in advancing the normalization process between the Jewish state and Bahrain.

“I come from Israel with goodwill, with warm friendship between the two peoples, and I’m sure you can be a remarkable bridge between Bahrain and Israel,” Bennett said. 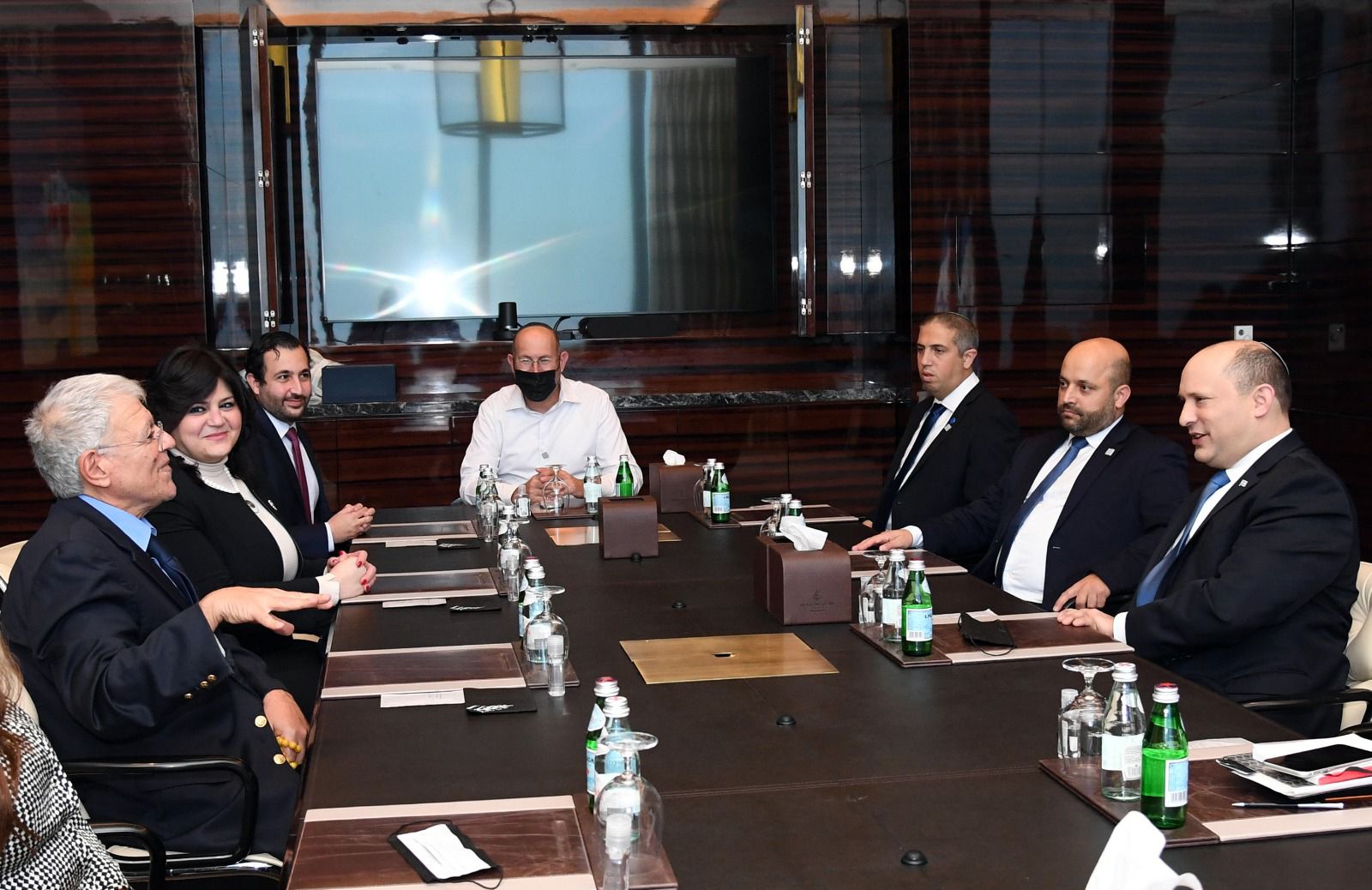 In September, Ebrahim Nonoo led prayer services in Manama’s renovated synagogue, bringing Jewish traditions into plain view after decades of worship in private. “We’re very happy to be out in the open,” Nonoo told AFP at the time.

Bahrain’s tiny Jewish community, about 50 people, has practiced its faith behind closed doors since 1947, when the Gulf country’s only synagogue was destroyed in disturbances at the start of the Arab-Israeli conflict.

But when Bahrain normalized ties with Israel, it opened everything up, with the small synagogue in the heart of the capital renovated at a cost of $159,000.

Later Tuesday, Bennett met with the commander of the US Fifth Fleet Vice Admiral Bradford Cooper, and praised the cooperation between the US and Israeli militaries, which, he said, contributes to the security of both countries. according to a statement from his office.

Bennett added that the presence of the US Fifth Fleet is a significant factor in maintaining regional stability against various security threats and that he looks forward to increased cooperation between the US’s regional allies.

Last week, Channel 13 news reported that Israel will soon send an officer to be a liaison to the Fifth Fleet. Though it denied the report, the IDF indicated the matter was under discussion.