Why did Iran publish images of their general Qasem Soleimani in Aleppo?

Home/Syria/Why did Iran publish images of their general Qasem Soleimani in Aleppo?
Previous Next

Why did Iran publish images of their general Qasem Soleimani in Aleppo?

Comprehending all this, Iran desperately needed to boast its tactical victory in Aleppo, knowing its future in Syria is actually quite gloomy.

Soleimani has a United Nations travel ban over his head, which the Obama administration pledged to Congress to enforce in response to clinching the highly controversial Iran nuclear deal. However, he has been photographed recently walking the streets of Aleppo, aimed to show Tehran cares less for international sanctions banning such measures. 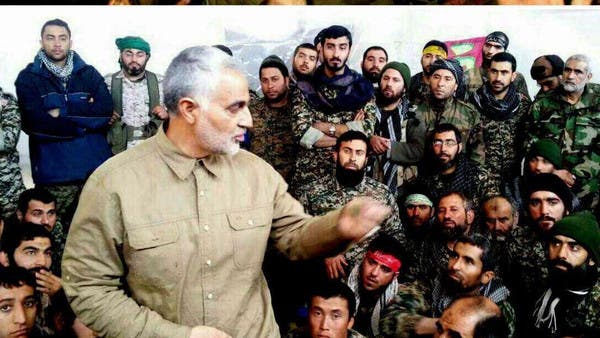 The visit by Soleimani, who is head of Iran’s elite Quds Force, follows the mass evacuation of East Aleppo’s residents. (Al Arabiya)

Knowing Washington has a lame duck president, the last of Iran’s concerns are about US reactions. State Department spokesman John Kirby was asked in a December 19th press briefing whether Washington will protest to the UN Security Council the fact that Soleimani has been seen in Aleppo.

“We do intend to consult with our partners on the Security Council about how to address our concerns with this,” Kirby said.

Rest assured this small talk raises no concern in Tehran. This UN resolution violation by Soleimani, most certainly blessed by Iranian Supreme Leader Ali Khamenei, represents the regime’s need to exaggerate such victories, while major concerns are rising in its camp. Iran’s influence in Lebanon has been common knowledge, especially with its financial and military support for the terrorist-designated Lebanese Hezbollah. However, there are serious signs of dissent regarding the Syria war from this crucial Iran foothold.

“All the effort, pressure, military, and war is against the genuine Syrian opposition,” said Sheikh Subhi al-Tufayli, one of Lebanon’s leading Shia clerics and Hezbollah’s first secretary general back in 1989 to 1991. “Whereas factions of the [Daesh/ISIS/ISIL] group must remain for the regime and its allies so that there can be a comparison between the two. No one would accept [Daesh], so they must accept the regime.”

“These people [pro-Assad forces] claim they are fighting terrorist organizations. You [pro-Assad forces] are its mother and father. You raised them [Daesh] and continue yet. You ARE the terrorists. You are the killers, in secret and in public. And let me tell you: If you seize Aleppo – and a hundred Aleppos – you will be defeated,” the influential al-Tufayli added.

Hareth Sleiman, a renowned Lebanese Shia academic and political analyst, described the recent events in Aleppo “a shame on humanity… shame on the monsters Putin, Khameinei, Assad, and mercenaries from all corners of the world.” 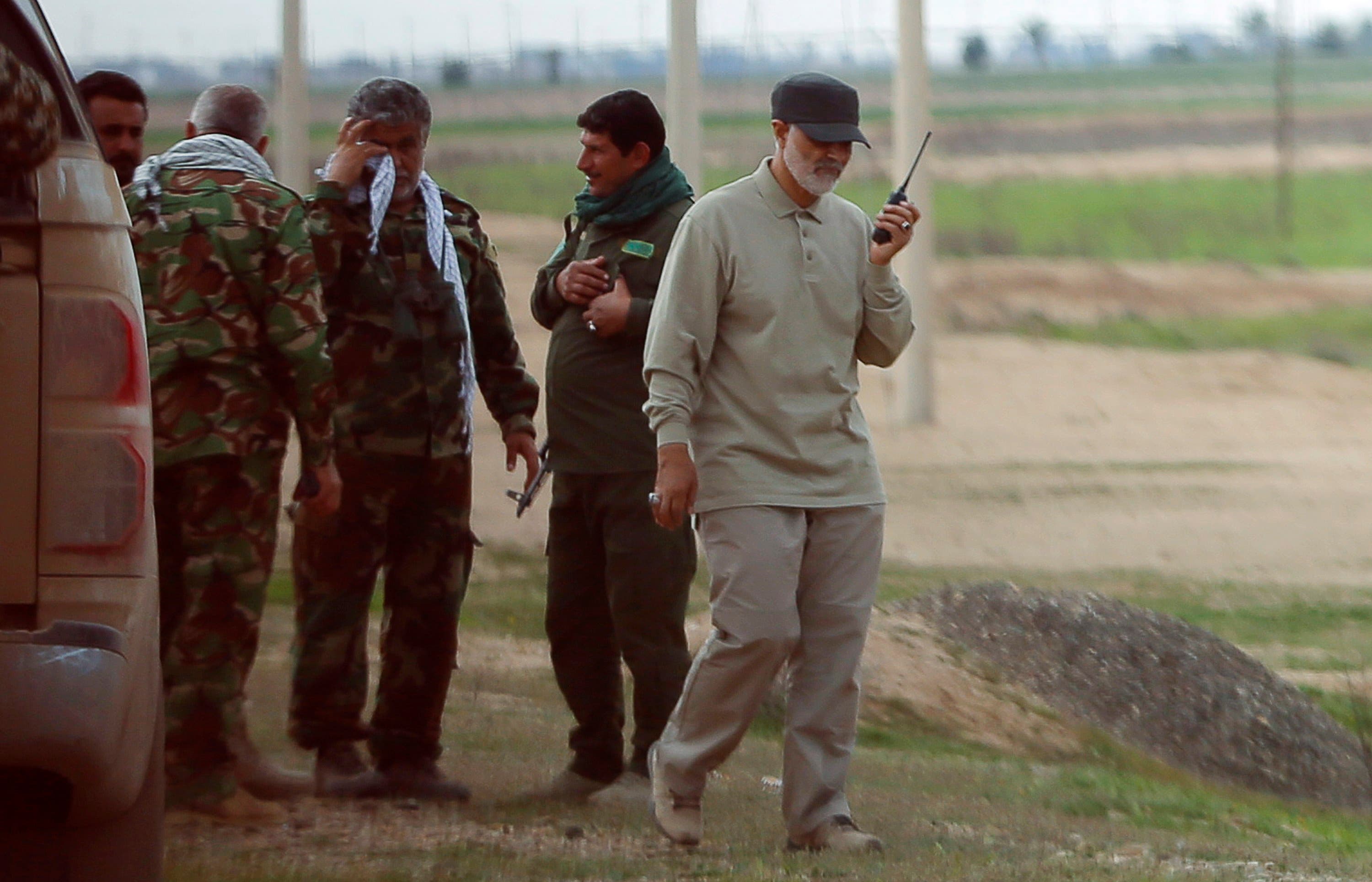 This is exactly why Iran has been enduring the direct burden of financially and militarily shoring Assad on the ground, while giving in to losing hegemony over the entire Syria dossier by begging the Russians to lend lethal air support.

“Without Iran’s expanding military intervention, the Assad regime would have fallen months ago,” said Jim Phillips, a Heritage Foundation Middle East expert, emphasizing that Assad’s army is depleted thin after the six-year carnage. “While Russia’s military intervention has dominated media coverage on Syria, Iran has been responsible for almost all of the ground offensives in recent months that clawed back territory from the rebels and encircled Aleppo. It has deployed thousands of Revolutionary Guards,” he added.

The Iranian opposition recently unveiled the scope of Tehran’s involvement in Syria.

“The regime in Tehran is the source of crisis in the region and killings in Syria; it has played the greatest role in the expansion and continuation of ISIS. Peace and tranquility in the region can only be achieved by evicting this regime from the region,” said Maryam Rajavi, President-elect of the National Council of Resistance of Iran, a parliament-in-exile calling for peaceful regime change in Iran.

Iran is also concerned over the fact that Russia has successfully established communication channels with the legitimate Syrian opposition groups. Russia also enjoys relations with the Syrian Kurds, while Iran’s links are limited to the Assad regime. To this end, any major alteration in the Assad regime structure or the sheer governance of Syria will most definitely strike a strategic blow to Tehran.

In the political spectrum, while Iran was recently involved in talks with Russia and Turkey over Syria, it is also pursuing separate goals they do not necessarily share. “As the situation moves closer to the realization of these separate goals, one can anticipate that differences in the Russian and Iranian approaches will become more apparent,” explained al-Monitor.

Iran is also concerned over the fact that Russia has successfully established communication channels with the legitimate Syrian opposition groups. Turkey has most recently hosted talks between Moscow and Syrian opposition representatives. Russia also enjoys relations with the Syrian Kurds, while Iran’s links are limited to the Assad regime. To this end, any major alteration in the Assad regime structure or the sheer governance of Syria will most definitely strike a strategic blow to Tehran.

Tehran also has deep worries over a potential warming in relations between Washington, with a Donald Trump White House, and Moscow. The selection of Rex Tillerson as America’s top diplomat, with his close relationship with Russian President Vladimir Putin, has Iran’s mullahs worried of Moscow bridging gaps with Washington, while distancing itself from Tehran.

Putin is known to favor a “solution among great power” to tackle terrorism, while Iran is the leading state sponsor of terrorism.

In such a scenario, Iran will most likely be excluded from any solution seeking effort for the Syria mayhem. This spells a disaster recipe for Tehran and may even force the mullahs to revise their Levant options.

All in all, Iran is on a course of losing maneuverability power in post-Assad Syria. Expecting a domino effect amongst its very small social and dwindling base back home, Iran desperately needs to publicize images of it forces on the ground in Aleppo.

History has shown such victories are short lived. Even Hitler, after initially enjoying Soviet Union support and parading his troops in Paris, was forced to commit suicide in the end.

Disclaimer: Views expressed by writers in this section are their own and do not reflect Al Arabiya English’s point-of-view.