Iranian arms are appearing in the hands of the Sinai Province branch of the Da’esh (ISIS) terrorist organization.

An image seen on Twitter over the weekend showed Islamic State terrorists in the Sinai Peninsula holding the Iranian-made AM-50 Sayyad rifle. 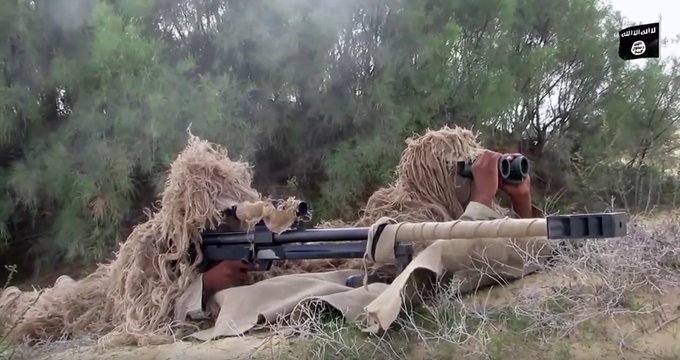 The rifles were “probably just intercepted or repurchased from arms smugglers sent by the Palestinian factions in Gaza,” said the Russian-language “bmpd” website that exposed the arms.

The same weapons have been seen in Syria and Iraq, where they were seized from government forces, and in Gaza. They’ve also been seen elsewhere in the Middle East.

ISIS-linked groups in Sinai also have seized Kornet anti-tank missiles and armored vehicles, specifically Egyptian M60A3 tanks, from the Egyptian army after clashes with its soldiers.