By Caleb Weiss and Joe Truzman

Over the past few days, a surge of assaults against American and Coalition forces inside Iraq have been reported across the country. Four nascent armed factions, all of which are believed to be Iranian-backed, have claimed responsibility. 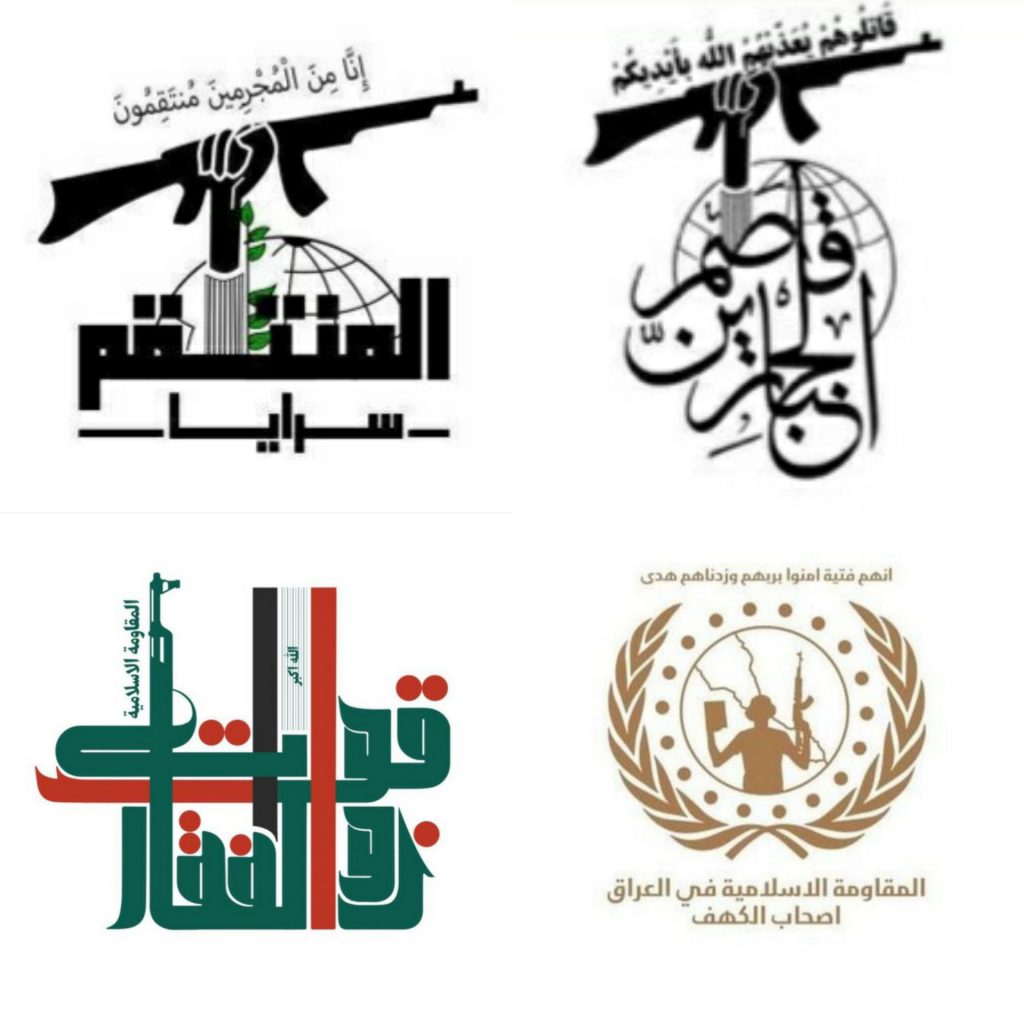 On Sept. 13, People of the Cave claimed to have detonated an IED on a transport convoy of vehicles belonging to the American-led coalition in Iraq’s Salahuddin Province.

After the explosion, the group stated, its men briefly engaged in a firefight with Coalition troops. However, it is unclear if the statement was referring to American or Iraqi soldiers.

While the alleged firefight has not been reported in local media, an IED on an Iraqi logistics convoy near the village of Al-Rayyash was indeed reported. At least one Iraqi driver was injured in the explosion.

People of the Cave, which originated earlier this year, has previously claimed other strikes against logistics convoys in Iraq.

On Sept. 14,  two Katyusha rockets were launched against the U.S. Embassy in Baghdad. American air-defense systems were able to detect and destroy the incoming rockets before they could impact the Green Zone.

Not long after, another ascending armed group, Zulfiqar Forces, published a statement and later a video claiming responsibility for the rocket barrage. The statement and video were both released via the group’s Telegram channel.

“The resistance fighters last night began to remember the martyr Hajj Qasem Soleimani and the martyr Hajj al-Muhandis, and they showered you in the name of the two martyrs with two missiles at the headquarters of the sinister base [U.S. Embassy],” the statement read.

The video also ended with a reminder that the barrage was in “revenge” for the killing of Soleimani and Muhandis.

The next day, at least one IED targeted British diplomatic vehicles while they were traveling between Baghdad’s Green Zone and the airport. The convoy was reportedly returning from dropping off a British diplomat at the airport when the attack occurred.

Later that day, yet another newly-formed group, the Avenger Brigades, claimed responsibility for the assault in a statement released online, alleging that two IEDs were used.

“Avenger Brigades confirms that it detonated two IEDs targeting convoys of American intelligence officers with their staff in the regional office in security of the American Embassy in a quality operation and the initial news confirms that three American officers were killed,” the statement read.

Although the statement claimed the group attacked ‘American officers’ and that some were killed, this is not true. While purported photos of the aftermath appear to show heavy damage to the vehicles, no one was reported injured in the blast.

Much like the People of the Cave or Zulfiqar Forces, the Avenger Brigades is likely another Iranian front group inside Iraq. It brands itself within the pro-Iran “Islamic Resistance,” while its media has been shared on similarly branded channels as well as outlets linked to the Iranian Islamic Revolutionary Guard Corps (IRGC).

And similar to other Iranian proxies in the Middle East, its logo is a carbon copy of the IRGC. This branding is often used to demonstrate a position within Iran’s ‘axis of resistance,” or a network of state and non-state actors opposed to American presence in the region.

Then on Sept. 16, sirens again sounded inside Baghdad’s Green Zone after a rocket was launched toward the area. Local reports documented that some damage did occur against a building and vehicles inside the zone’s perimeter. This assault has yet to be claimed by any group, however.

Yesterday, a new group emerged to claim two additional IEDs against logistical convoys contracted by the U.S.-led coalition. Sariya Qassem al-Jibareen, a moniker used in reference to Qassem Soleimani, said that it was responsible for IEDs on convoys near Latifiya, just south of Baghdad, and in the western Baghdad suburb of Abu Ghraib.

While one IED on a convoy near Latifiya has been reported by local media, no such incident has been confirmed near Abu Ghraib. Another IED was reported near Al-Nile in Babil Governorate, which sits south of Latifiya, but it is unclear if the group is referring to that explosion.

Sariya Qassem al-Jibareen joins the chorus of other ascending Iranian-backed fronts in Iraq. It’s announcement and claims have been propagated by ‘Islamic Resistance’ channels on social media. Like other groups in this branding, its logo is also a carbon copy of the IRGC.

Then last night, an IED detonated outside the ‘American Institute for English’ in Najaf, though no casualties were reported. As of the time of publishing, no group has taken responsibility for the blast. However, it has been widely shared and celebrated on channels linked to both the ‘Islamic Resistance in Iraq’ and the IRGC.

FDD’s Long War Journal spoke with Colonel Wayne Marotto, the official military spokesperson of Operation Inherent Resolve (OIR) about this week’s offensives and if there was concern of this recent surge in attacks by Iranian-backed groups.

Colonel Maratto stressed that “there has been an increase in simple low level attacks by Daesh or outlaw groups.” But that “[the Coalition] has not observed any indication of a resurgence.”

While a lot of these assaults have indeed been on Iraqi personnel, these groups have also managed to fire rockets into bases in which U.S. troops are based, as well as into Baghdad’s Green Zone including the U.S. Embassy. UN personnel have also been targeted by IEDs planted by these organizations.

And now with a confirmed IED on the British diplomatic corps, it is clear these attacks have broadened from just “attacking ISF sites and Iraqi civilians.”

When pressed by FDD’s Long War Journal on this, Col. Marotto again emphasized that “historic attack numbers are down.” While it is true that numbers are in fact down from the height of the Islamic State surge in Iraq from 2014-2017, it is hard to downplay the worrying number of Iranian-backed strikes inside the country since the beginning of the year – especially as two U.S. service members and one UK soldier have so far been killed by these groups.

And with six confirmed attacks by these groups in the last week alone, three of which on high-profile targets, this is further indicative of a worrying trend brewing in Iraq.