Damage to the Iranian Kurdistan Democratic Party headquarters in Koysinjaq after targeted by IRGC, September 12, 2018. (AFP)

Iranian forces carried out artillery attacks against Iranian Kurdish opposition groups in Iraqi Kurdistan for the second day in a row on Wednesday, according to the semi-official YJC news agency.

Iran’s Islamic Revolutionary Guard Corps (IRGC) confirmed it had attacked Kurdish groups on Wednesday, saying it had targeted “armed anti-revolutionary” groups by carrying out large-scale artillery and missile attacks on the Iraqi Kurdish border. “Anti-revolutionary” is a term the Iranian regime uses to refer to any opposition groups. 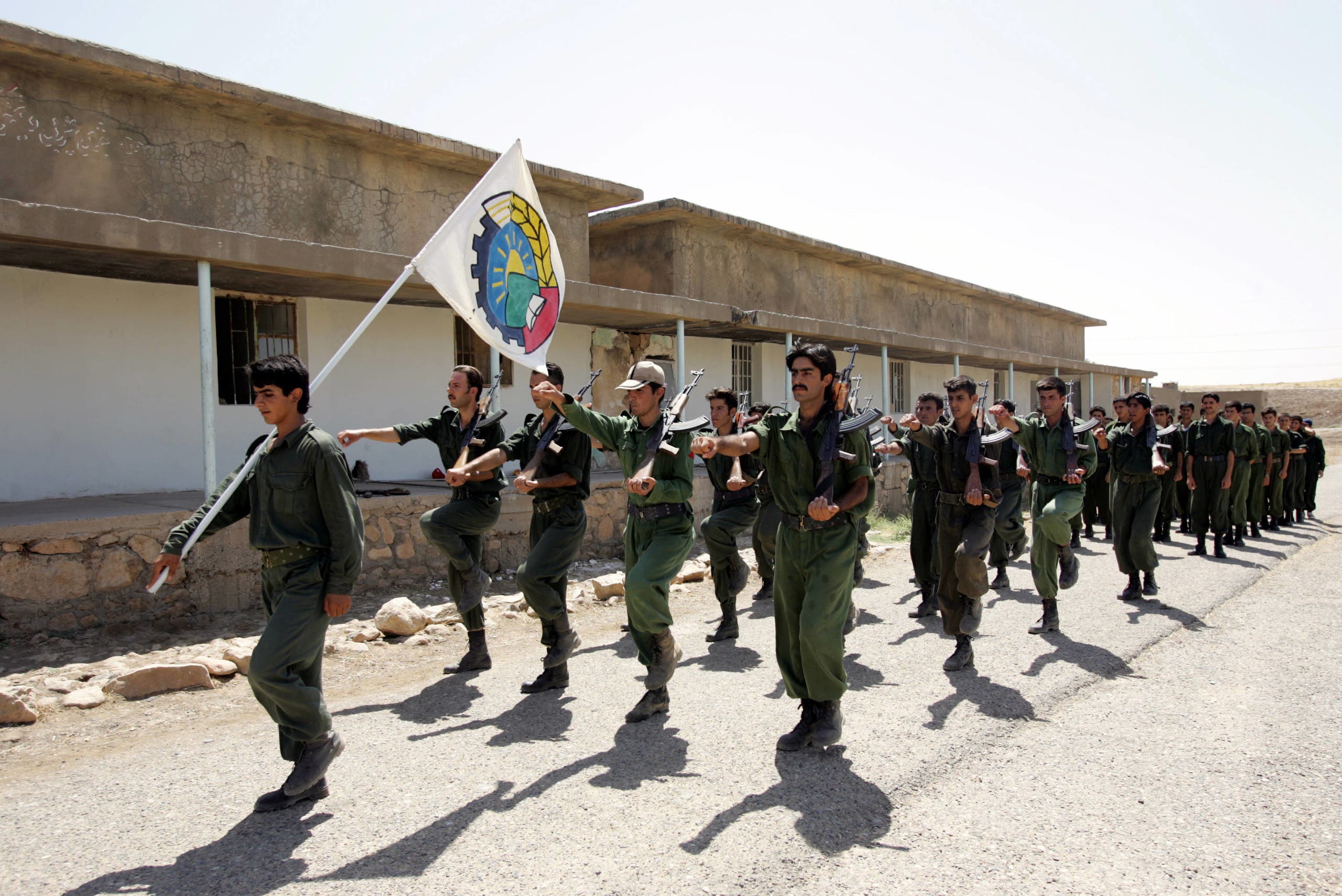 Pesmerga of the Democratic Party of Iranian Kurdistan (PDKI) march during military training at camp Koysancak in Sulaymaniyah in Iraq, 13 August 2005. (AFP)

In a statement on Wednesday, the PDKI condemned the IRGC’s attacks, saying: “The bombardment of the region is directly intended to harm the Kurdish people, destroy Kurdistan’s natural and rich environment and to shift the focus from the critical internal challenges the regime is currently facing.”

“So far, there have not been any reported casualties, however, many farms in the area were reduced to ashes by the regime’s indiscriminate shelling of the area,” the statement added.

The Turkish defence ministry said on Wednesday it had deployed special forces in northern Iraq in an operation against Kurdish fighters, backed by air and artillery support.

The Iranian-Turkish attacks in Iraqi Kurdistan are likely to be a coordinated manoeuvre.

“We suspect that the two sides [Turkey and Iran] are in coordination, because this is the first time that Turkey has bombed this area,” the Haji Omaran district mayor, Farzang Ahmed, told the Kurdish news agency Rudaw.