Home/Israel/Israel said to approve $1.5 billion budget for potential strike on Iran
Previous Next

An Israeli F-156 military jet taxis along the airstrip of the military airport of Andravida, southern Greece, on April 18, 2021. (AFP)

Israel has approved a budget of some 5 billion shekels ($1.5 billion) to be used to prepare the military for a potential strike against Iran’s nuclear program, Channel 12 reported Monday.

It includes funds for various types of aircraft, intelligence-gathering drones and unique armaments needed for such an attack, which would have to target heavily fortified underground sites, the unsourced report said.

The report comes days after the US Air Force announced that it had carried out a successful test of its new “bunker buster,” the GBU-72 Advanced 5K Penetrator. The 5,000-pound bomb could be used as a tool to strike Iranian nuclear sites.

Crucially, the GBU-72 is designed to be carried by a fighter jet or a heavy bomber. Israel does not have bombers capable of carrying the massive bunker busters in the current US arsenal.

A smaller bunker buster bomb, the GBU-28, was secretly sold to Israel in 2009, though it is not thought to have the ability to penetrate Iran’s Fordo nuclear facility, which is buried deep under a mountain.

The series, planned by the 780th Test Squadron and performed by the 40th Flight Test Squadron, began on July 23 and marked the first time the 2.5-ton bomb was loaded, flown and released. https://t.co/16ylG30aRz

The American test was based on experience gained by Israel in its bombing of Hamas’s underground tunnel network in Gaza during last May’s war, Channel 12 said.

The network speculated that in publicizing its 35,000 foot-drop of the bunker-buster at Florida’s Eglin Air Force Base, the US is seeking to warn Iran not to stay away from negotiations at Vienna aimed at reviving the nuclear deal, known as the Joint Comprehensive Plan of Action.

Iran walked away from indirect talks with the US last June and elected as president ultraconservative hardliner Ebrahim Raisi, who has spoken out against the JCPOA, in the interim. 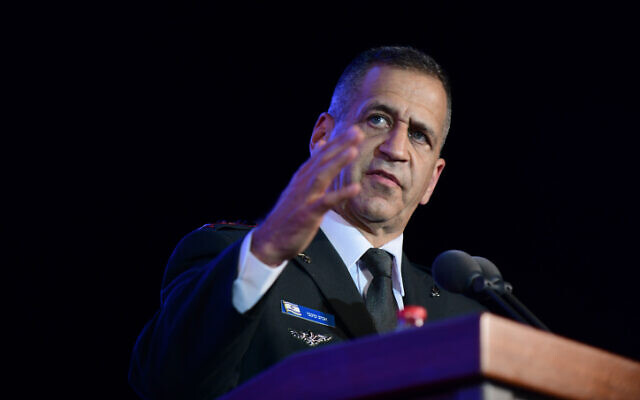 Kohavi said that “a significant chunk of the boost to the defense budget, as was recently agreed, was intended for this purpose. It’s a very complicated job, with much more intelligence, much more operational capabilities, much more armaments. We’re working on all these things.”

Kohavi had publicly declared in January that the IDF was preparing fresh “operational plans” for a potent military strike, and in August that Iran’s nuclear progress has prompted the IDF “to speed up its operational plans,” with a fresh budget to do so.

In his speech to the UN General Assembly last month, Prime Minister Naftali Bennett declared that “Iran’s nuclear program has hit a watershed moment, and so has our tolerance. Words do not stop centrifuges from spinning… We will not allow Iran to acquire a nuclear weapon.” 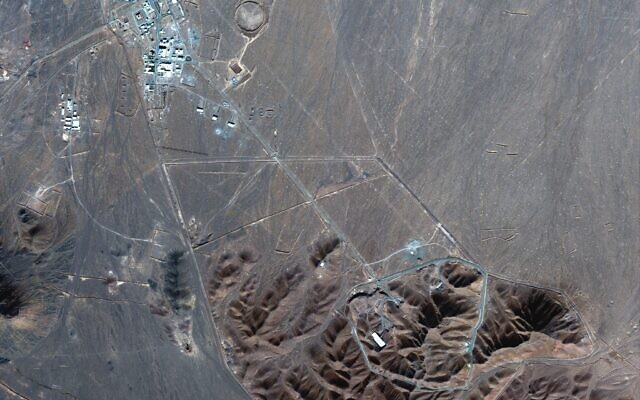 The Biden administration says it is still seeking a joint US-Iranian return to compliance with the JCPOA, while acknowledging that it will not wait indefinitely for Tehran to return to the negotiation table.

If it fails to do so, US Secretary of State Antony Blinken told his Israeli counterpart Yair Lapid that “every option” will be on the table — an apparent uptick in rhetoric after US President Joe Biden told Bennett in August that Washington was willing to consider “other options” if the JCPOA cannot be revived.