All governments across the globe utilize some form of censorship, as the dangers of uncontrolled speech, which often comes in the form of violently radical political thought, racism, attacks against minority groups and outright slander, would be too dangerous for even the most liberal of governments to allow.

Apart from this, there is also the need for censorship when considering threats to national security, in times of heightened danger to the public, brought about by terrorist activity or times of war, when giving away too much information would aid the enemy.

But when it comes to absolute censorship, of the type seen in Iran, where no form of speech opposing the regime can be voiced, where newspapers, radio and television are monopolised entirely by the regime, and journalists, authors and all other artists have to follow strict guidelines on the work they produce, this enters into the realm of violating human rights.

Censorship is at the heart of regime survival in Iran. It allows the government’s media apparatus to stifle all forms of opposition against it and through the use of carefully crafted propaganda. It can coverup government failings, often blaming them on outside forces beyond its control, and in times of political unrest, it can cover up government abuses when violent crackdowns against the population are needed for the regime to regain control.

The regime also whitewashes the abhorrent violence being conducted within its prison system, where inmates are routinely tortured, raped and executed for simply speaking out against the government, and when human rights groups are allowed access to the worst offending institutions like that of Evin, the units they visit are carefully sanitised to look like “show homes”.

This came about by Khomeini feeding the minds of a susceptible population, which had just escaped the yoke of tyranny imposed by their last leader, Mohammad Reza Pahlavi, convincing them that the Shah was a puppet to the US, and that only the newly established revolutionary government proposed by himself could prevent the Americans from regaining control. 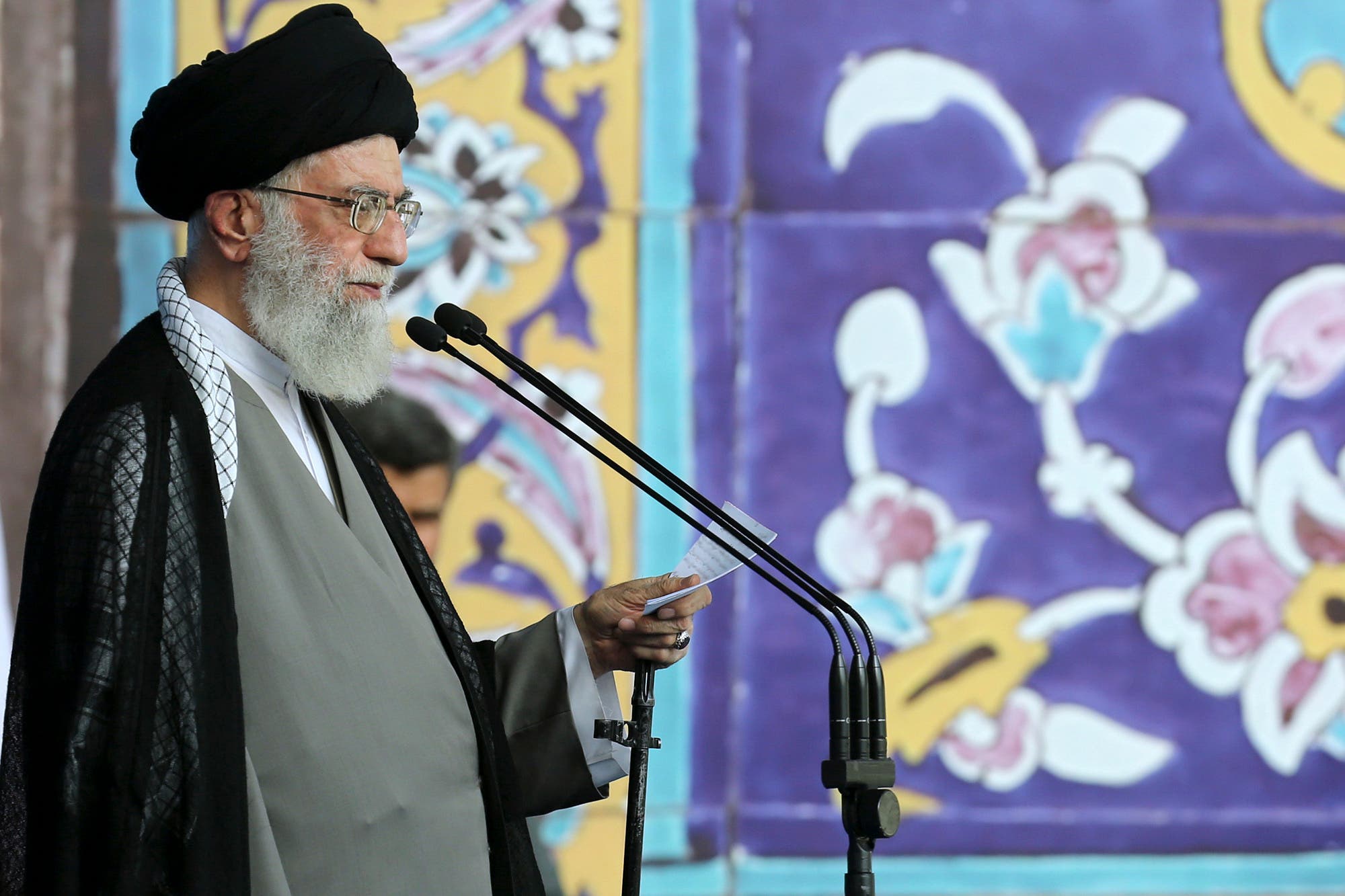 As far as propaganda is concerned, it comes in many shapes and forms, but whichever form it takes, when fed into every household in the nation, with no other form of rival media to challenge its validity.

The Iranian regime has been able to use it to brainwash the nation into standing behind it against any form of concocted foreign threat, and keep its ongoing revolution on track.

As with all dictatorships, they needed a person of vision with a strong personality to lead them, someone they can turn into a super being, and while the Nazis had Hitler, the Iranian regime had Khomeini and then Khamenei.

Just like Hitler was portrayed as a messianic figure by his propaganda machine, Khomeini and Khamenei were afforded the same attributes by their clerical elite.

In all three cases, posters of them were plastered across their homelands, as well as their photographs being prominent in printed form within the government media, thus building a powerful personality cult around them, portraying them to the masses as virtual spiritual beings.

Just as the Nazis used propaganda to re-educate the German people into accepting its revolutionary one-party system of government, with Hitler as the country’s Fuehrer, the Iranian regime acted in the same way to protect its revolutionary system of absolute Velayat-e-faqih (Guardianship of the Islamic Jurist), a concept of government expounded by Khomeini, which extolled his perception of global dominance through installing an Islamic government.

Where Hitler during his path to power, pointed out that liberal values were the cause of all of Germany’s past woes, Ruhollah Khomeini, during his path to revolution, pointed towards American values having eroded Iran’s religious culture under the Shah.

Both regimes offered solutions in the form of outright dictatorship, both leaders were immersed in both religious values as well as the occult, and both were determined to use their knowledge of such, to set up their own unique form of ideology, to brainwash their people into sweeping them to power. Where thought control is concerned, whichever government explores the notion, it often comes down to repetitive phrases being the key to the program.

Throughout the duration of the CIA’s infamous mind control program, the MK-ULTRA project, which had been set up in the 1950s, doctors had administered LSD and other mind-altering drugs to various “volunteers”, in order to test various methods of behavioural control, often using repetitive thought as the basis for their experiments.

One MK-ULTRA administrator was Dr Donald Ewen Cameron, who had set up various projects within this program. In one such experiment, wanting to show how repetitive thoughts could be fixed into the mind of a subject to change his personality, the chosen person was heavily dosed with LSD, and then placed in a sensory deprivation chamber.

But such methods of mind control would be useless in controlling whole populations, so as experiments progressed to the present day, techniques advanced towards other areas of interest that were much easier to put in place, and not so likely to be noticed. 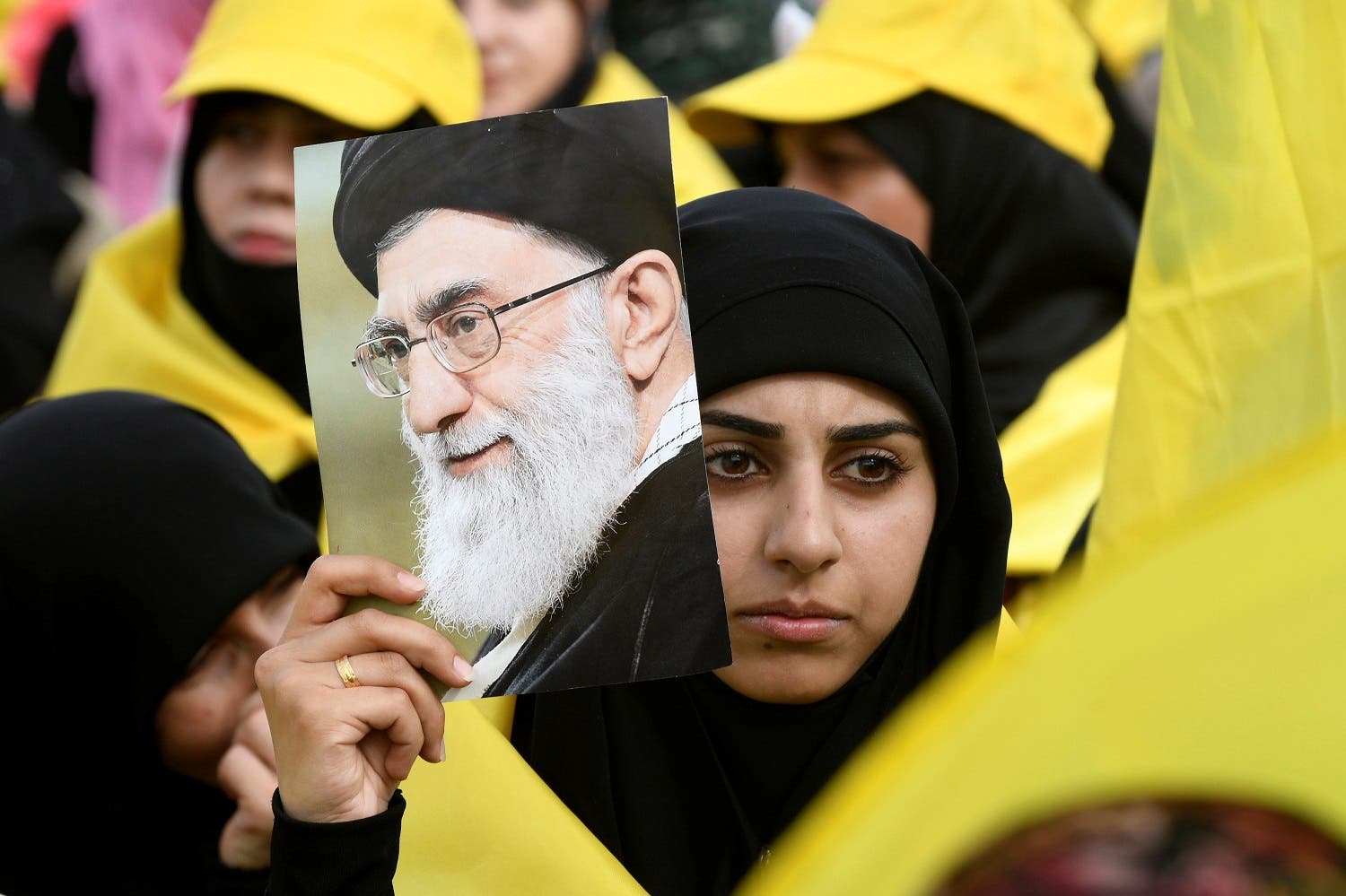 The regime has dominated Iran by hijacking the revolution, which was the result of hundred years of people’s struggle for freedom and justice. (Reuters)

In the case of viewers watching violent action on American TV, it was shown that as long as killing and other forms of violence is being carried out by patriotic heroes in the name of one’s government, it is completely acceptable to the viewing public.

So, with the audience firmly behind those fighting for their country, accepting bombers, torturers and assassins as folk heroes, it has been quite easy for Iran’s media industry to use similar methods within the whole of its media industry, as well as its education system, to promote self-sacrifice.

In the same way that television can be used to influence a nation’s thoughts, other media such as the radio and newspapers can have the same effect. Through government agencies like those set up in Iran, which control all forms of media, those in charge can make sure that program-makers constantly repeat the same government line, until the people are programmed to believe it.

Lies have played a big part in all forms of propaganda used by the Iranian regime, whether against its own people, or for that of an outside audience. Hitler once said that “If you tell a big enough lie and tell it frequently enough, it will be believed”, which is a method adhered to by Iran’s revolutionary government.

Another well-used form of media manipulation in Iran is to concoct incidents of foreign interference during times of unrest, in a bid to convince both its own people, and those in control of the foreign media, that it is outside forces that are stirring up dissent on Iranian streets, and not government failings. Through the use of such practices, the Iranian regime has throughout its time in power pointed towards an outside enemy as the cause of most of its problems.

During the present unrest, the regime has pointed a finger at the US government, and also, its long-time exiled opponent the Mujahedin-e Khalq (MEK), trying to focus the minds of the Iranian people on outside forces that are intent on invading the country, and destroying its Islamic heritage, all in a bid to play on their patriotism, to persuade the Iranian populace to desist from protest, and back the government.

With messages of dissent getting through to the Iranian public from outside sources on social media, the regime has become paranoid about the MEK, who are beaming in news of what is going on elsewhere in Iran, as well as support for the uprising in the outside world. Due to this, the regime has been doing its utmost to block any form of social media from being used in Iran.

Although shutting out the outside world might be possible in closed societies like North Korea, where the populace has had no contact whatsoever with the outside world, Iranians have already seen freedom beyond their borders, and a taste for a government free of clerical rule has already begun to change the climate towards another revolution.