Netanyahu warns Iran filling the void left by IS in Golan

Home/Israel, Syria/Netanyahu warns Iran filling the void left by IS in Golan
Previous Next

Netanyahu warns Iran filling the void left by IS in Golan

Prime Minister Benjamin Netanyahu on Tuesday said that Iran is seeking to replace the Islamic State terror group in the Golan Heights in order to create a new front against Israel.

“The situation here is changing rapidly, IS is in retreat, but Iran is seeking to fill the void,” he said during a tour of the Golan Heights with Defense Minister Avigdor Liberman and IDF Chief of Staff Gadi Eisenkot. “Iran together with Hezbollah are creating a northern arc here, with the help of precision weapons.”

Netanyahu has warned repeatedly of Iranian attempts to establish military infrastructure with which to threaten Israel from the Syrian side of the Golan Heights, recently telling a number of Central European leaders that Iran, via its proxies, have and are still trying to create “a terror front” against Israel there. 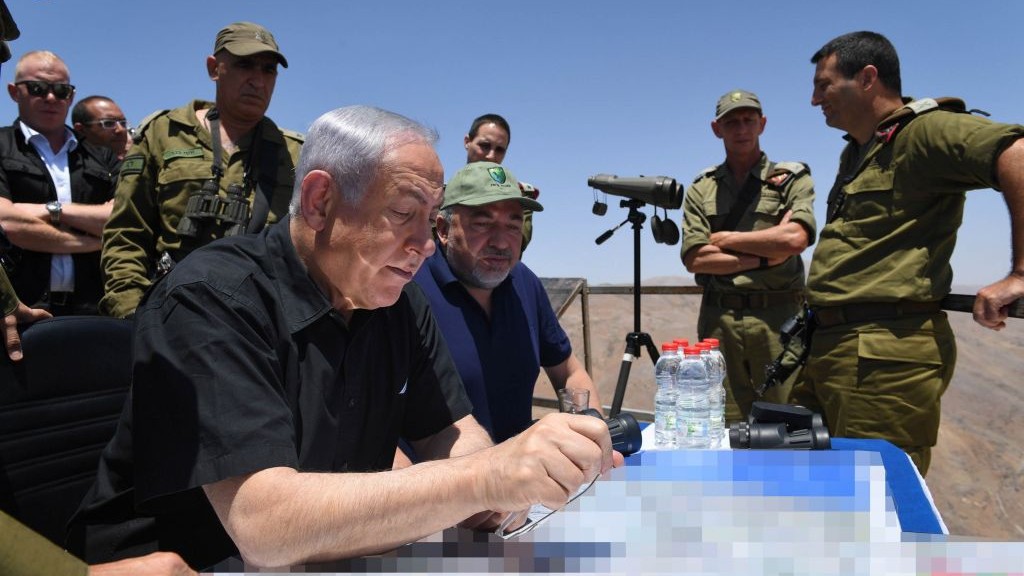 Israel has repeatedly said it will not allow Iran to set up a permanent presence in Syria and has carried out a number of airstrikes in Syria against suspected shipments of “game-changing” weapons bound for the Hezbollah terror group.

Earlier this month, Netanyahu said that he opposes the deal brokered by the United States and Russia that led to an open-ended ceasefire in southern Syria, saying it does not sufficiently address Iranian military ambitions in the area.

The prime minister said that while the plan aims to keep Iran 20 kilometers (12 miles) away from the Israeli border, it did not address Iran’s plans to cement its presence in Syria, which, he said, included the establishment of a naval and air force bases.

Apprehensions over Iranian designs in the region were further stoked by recent movements of Shiite Muslim militias — loyal to Iran and fighting alongside Syrian government forces — toward Jordan’s border with Syria, and to another strategic area in the southeast, close to where the two countries meet Iraq.

In addition to Israel, a number of Sunni countries in the area have also warned against Iranian efforts to establish a “Shiite crescent” stretching from Tehran to Beirut via its allies in Baghdad and Damascus, with which to pursue its regional ambitions.

The Times of Israel