A man from the Iraqi Popular Mobilization Units militias sterilizes surfaces in the Shia holy city of Qom with a bag showing the Iranian and Iraqi flags. (Tasnim)

Members of the Iraqi Iranian-backed Popular Mobilization Units (PMU) militia group joined the fight against coronavirus in Iran by sterilizing the Shia holy city of Qom on Saturday, according to images published by the semi-official Tasnim news agency.

Members of the PMU sterilized walls and entrances to homes and distributed bottles of disinfectant in Qom, images published by Tasnim showed.

The PMU members were accompanied by “foreign students” and members of the Basij Force, the paramilitary arm of the Islamic Revolutionary Guard Corps (IRGC), according to Tasnim. 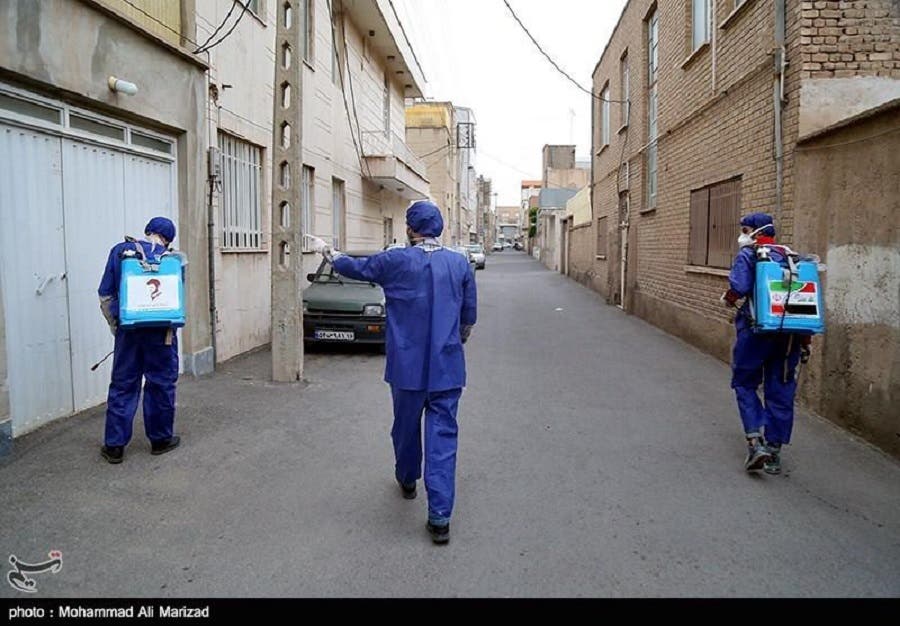 Members of the PMU sterilized walls and entrances to homes and distributed bottles of disinfectant in Qom. (Tasnim)

MIU is a state-funded, Shia seminary based in Qom with almost 40,000 foreign students. MIU claims to be an international academic, Islamic, and university-style seminary institute. 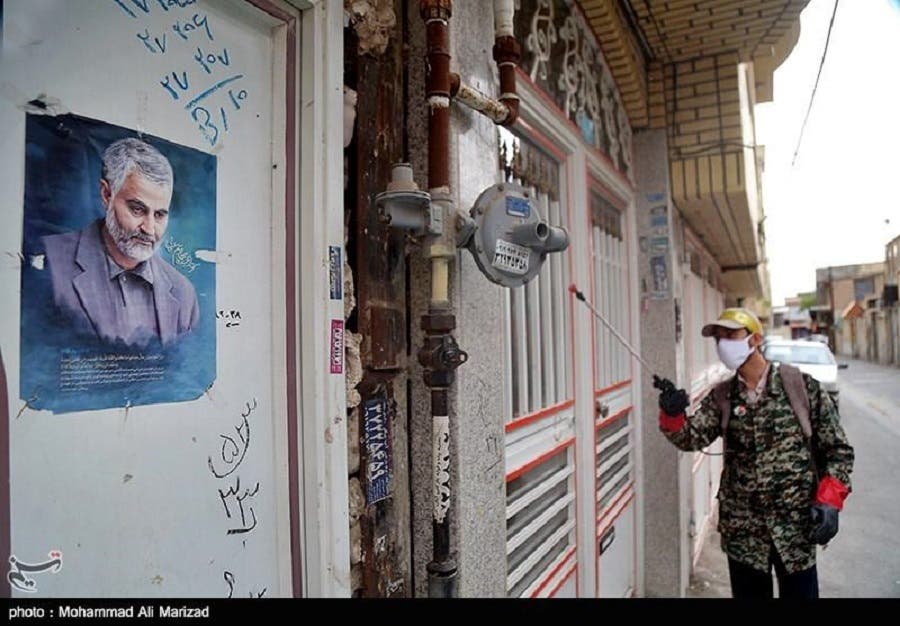 Coronavirus is believed to have spread to Qom – the epicenter of the outbreak in Iran – through Chinese students studying at MIU.