The Islamic Republic of Iran and its allies abroad on Friday commemorated Qods (Jerusalem) Day, an annual event held on the last Friday of Ramadan and established by Ayatollah Ruhollah Khomeini to express support for Palestinians and opposition to Israel. The regime has not shied away from reiteratingits call for Israel’s destruction during the annual event. While the majority of people inside and outside of Iran (including Sunni Arabs) do not partake, Qods Day events held in several continents highlight the Islamic Republic’s soft-power influence and global reach.

In his Qods Day statements, Lebanese Hezbollah chief Hassan Nasrallah underscored the extension of Iran’s “Axis of Resistance” in the Levant. Nasrallah – who answers directly to Supreme Leader Ali Khamenei – threatened that a war between Israel and Lebanon or Syria would draw “thousands” of fighters from Iran, Iraq, Afghanistan, Pakistan and Yemen.

Media outlets affiliated with Iran’s Islamic Revolutionary Guard Corps (IRGC) have thus far omitted Nasrallah’s specific reference to those countries and especially Iran, likely because they seek to downplay to domestic audiences the prospect of a large number of Iranians deploying into yet another war. Iranian military deployment to Syria has proven to be a contentious issue at home.

In word and deed, the Islamic Republic has sought to expand its foothold in the Levant to project power and create strategic depth. It loudly calls for fighting and destroying Israel. For instance, the IRGC-controlled Iraqi Harakat al Nujaba formed its “Golan Liberation Brigade” earlier this year, with the expressed goal of taking the Israeli-held Golan Heights.

The Iranian regime and Hezbollah are attempting to justify their regional involvements under the guise of fighting Israel and supporting Palestinians. Nasrallah claimed that adversaries have started wars in the Middle East to “target the Palestinian nation” in one way or another. Nasrallah accused Israel of providing military and intelligence assistance to the Saudi-led coalition in Yemen, where Hezbollah and the IRGC are supporting Houthi rebels. Nasrallah called Yemen “a strategic and very important area, the most important of which is the Bab al Mandeb” Strait.

Since 1979, the Islamic Republic has sought to project an image of solidarity with the Palestinian cause and opposition to Israel’s existence in order to appeal to the wider Arab and Muslim worlds (though, this did not preclude the early revolutionaries from receiving weapons from Israel during the Iran-Iraq War in the 1980s).

This year, the Iranian regime and Hezbollah excoriated Saudi Arabia, accusing it of “selling out” the Palestinian cause to normalize relations with Israel. The anti-Saudi rhetoric has escalated in recent years as Iranian-Saudi relations have deteriorated and Saudi-Israeli relations have improved in light of shared concerns about the Islamic Republic’s regional activities.

Across several cities in Iraq, pro-Tehran figures, and militiamen of the Popular Mobilization Forces (PMF) led marches calling for “death to America” and “death to Israel.” 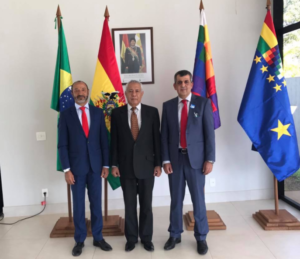 Sayed Ahmad AKA Marcos Tenorio (right) with the Bolivian Ambassador to Brazil and the president of the Brazil-Palestine Institute, June 23.

In Latin America, Qods Day events were held in Brazil, Argentina, El Salvador and Venezuela. Participants included converts, such as a Brazilian-Shiite cleric who led a march in São Paolo, Brazil. In another event intended to express solidarity, the Iranian ambassador to Brazil met with the Bolivian ambassador to Brazil and a local Palestinian leader. The rainbow flag (second from right) is known as the Wiphala flag and has been used by indigenous groups starting in Bolivia. Many of these groups have aligned themselves with the Islamic Republic.

Protesters marched in Tanzania and Nigeria, as well. Nigerian authorities clashed with marchers in Kudan. A member of the pro-Tehran, Nigerian Islamic Movement said the Palestinian issue is very important for Nigerian Shiites and Sheikh Ibrahim Zakzaky, the head of the movement who is under arrest.

In Berlin and London, several hundred participated in the marches, waving the flags of Hezbollah, effigies of Khomeini and Khamenei, and posters with phrases such as “Zionists out of Israel” scrawled on them. 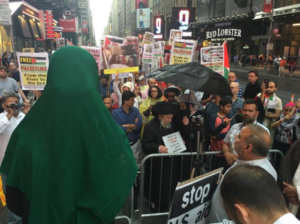 In Moscow, the Chairman of Russia Muftis Council Sheikh Ravil Gaynutdin delivered an address in commemoration of Qods Day. Earlier last week, the Iranian ambassador to Russia had unveiled the translation of Palestine from the Perspective of Ayatollah Ali Khamenei in Russian at Russia Today. These events would not have happened without sign off from Russian authorities.

In the overwhelming majority of the cases, missionaries and Iranian embassy staff help organize Qods Day, often in cooperation with local Iranian-linked organizations and cultural centers. Tehran uses these seemingly innocuous centers to advance its interests, which include cultivating ties with local actors, gaining a foothold in those countries, indoctrinating local Muslims on its brand of revolutionary Islam and recruiting operatives. 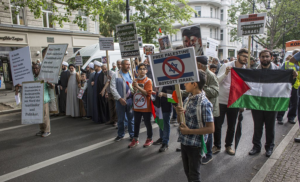 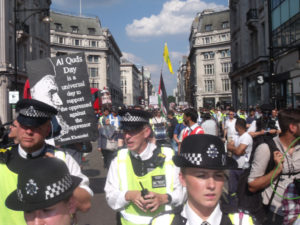 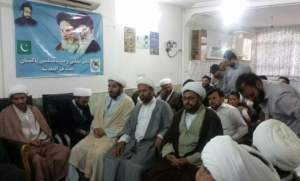 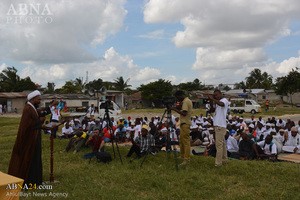 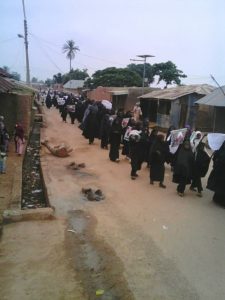 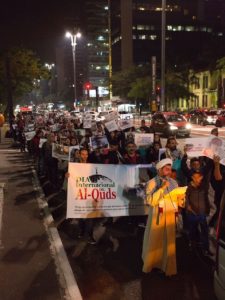 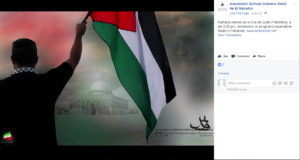 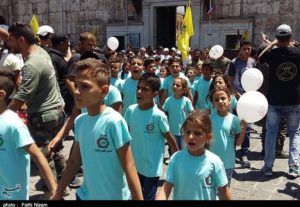 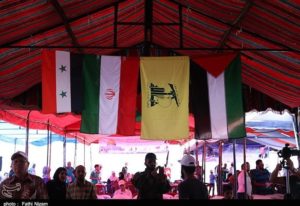 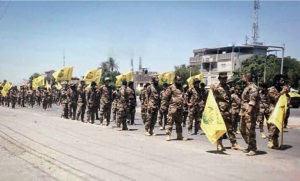 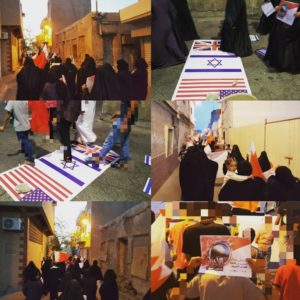 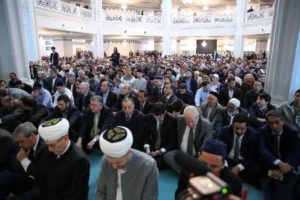