An Azeri family watches Iranian TV chanel in the local Azeri language at home in Astara town at the Iran’s Azerbaijan’s border, on Feb. 26, 2006. (AP)

Media discussions continue over the nuclear deal with Iran and the need to curb Tehran’s ballistic missile program.

There’s also discussion relating to the degree with which the regime, through its militias and proxies, meddles in the affairs of other countries in the region, such as Iraq, Syria, Yemen, Lebanon.

There is, however, another highly dangerous reality, spreading from Tehran throughout the region and beyond, in the shape of the regime’s growing media empire.

The powerful threat posed by this network is must be understood. It is high time to put a spotlight on this growing phenomenon by focusing on containing and ultimately ending it.

The use of media and publications is a very important element of the regime’s ‘export of revolution,’ together with actual military operations, the establishment of religious footholds by founding centers and institutions and, as seen in Lebanon, appealing to the people by building free clinics, distributing food and other such charitable measures.

The United States has recently threatened to issue sanctions against Iran’s state TV and radio broadcasting empire, but, undeterred, Iran has announced its intentions to launch new French and Russian language networks, as well as targeting West Africa.

There is no exact figure for how many TV networks Iran has launched to support its objectives abroad, but there are at least 55 stations known to broadcast programs in a variety of languages, mainly focusing on the Middle East.

Over 200 radio stations are aligning with hundreds of websites and printed newspapers.

The Iranian regime also fully understands and embraces the power of social media, using this platform to great effect in spreading the word about its television productions.

Former Iraqi prime minister Nouri al-Maliki described the objective of this union as providing “honest support for armed groups in the field.”

This union is known as an umbrella entity for all Tehran-influenced regional and international media outlets. The main member of this union is the Iranian regime’s state provider, the Islamic Republic of Iran Broadcasting (IRIB) operating inside the country with branches in Lebanon and Iraq.

In 2002, the Arabic language “Al-Alam TV” launched to cover the entire Middle East. 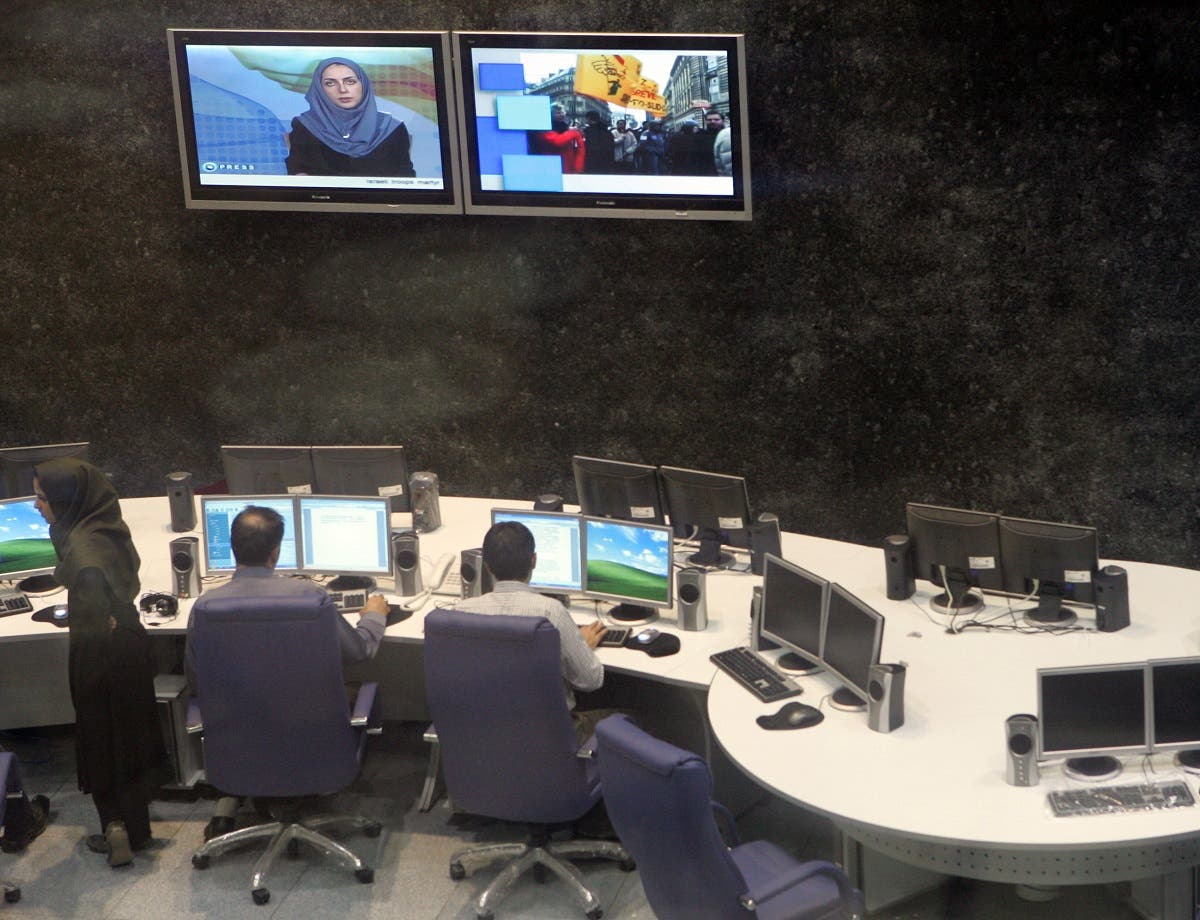 A few years later, the English language “Press TV” began broadcasting with branches in London and Lebanon. Due to sanctions, this network was later cut-off from Europe’s cable TV network.

“HispanTV” in Spanish provides similar broadcasts in Spanish for Latin America and parts of Europe.

“Al-Kowthar” airs religious programs in different languages while Sahar TV has recently expanded its activities in Azeri, Bosnian, French, Turkish and other languages.

In addition to the IRIB, Iran is placing significant focus on supporting its Middle East militias.

No other country has such a high number of militia groups, each equipped with their own media outlet. IRIB chief Ali Asgari’s October visit to Lebanon provided a glimpse into the depth of Tehran’s established network.

According to Dai, using such media outlets, Iran continues its gain of significant experience in disseminating lies and spreading propaganda over many years. 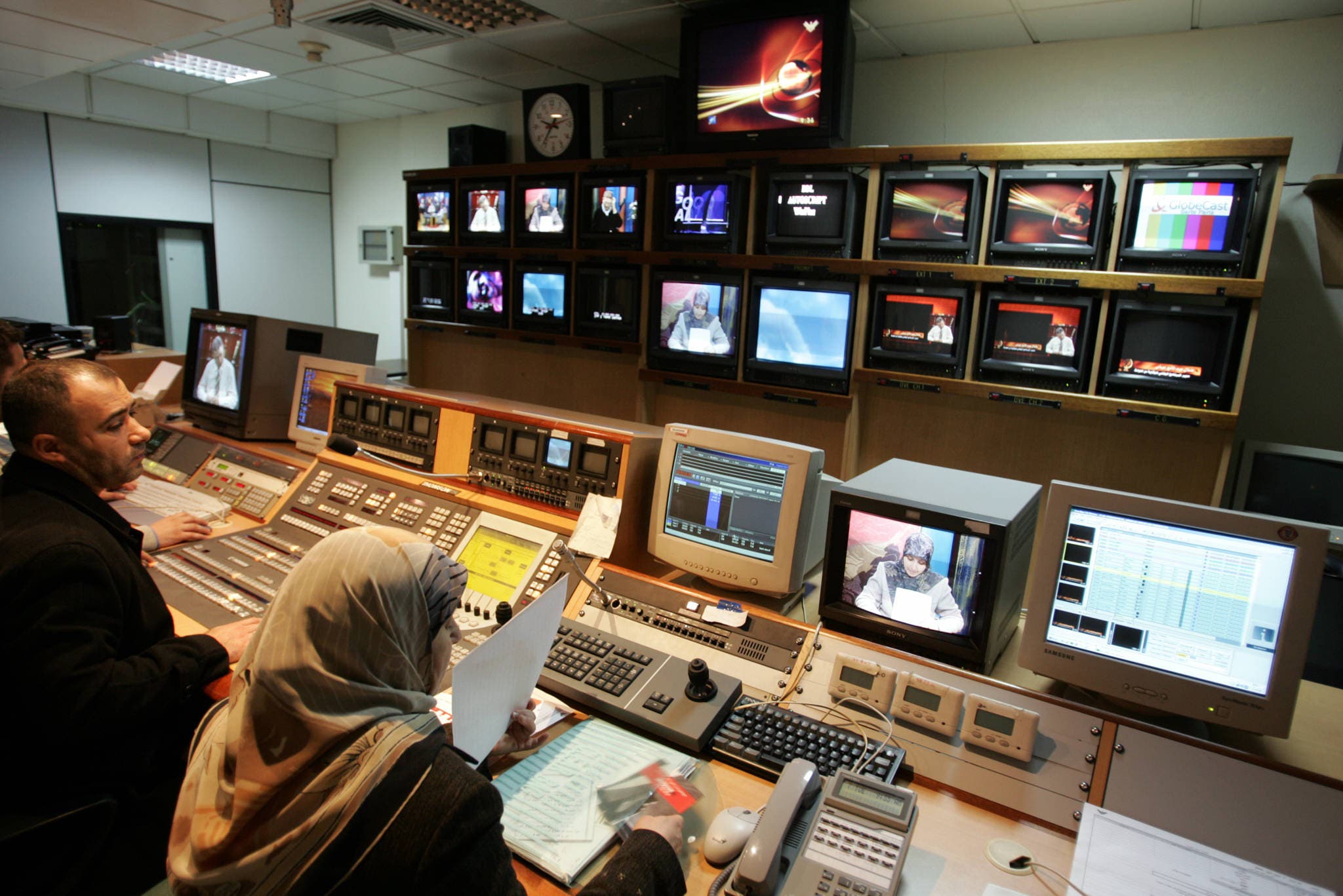 The Lebanese Hezbollah has through the years carried out a two-pronged campaign comprising military operations and media activities, especially using satellite TV networks. “Al-Manar TV” launched in 2000, developing into the new “Al-Mayadeen” network in 2012. With numerous Arab language TV networks stationed on its soil, Lebanon is of great importance for Iran.

Iraq is also home to many Iran-backed militia groups, each now enjoying a separate media platform. While distinct in name, their activities are well coordinated.

The main media stations and militia groups are:

“Al-Qadir,” associated to the Badr Organization led by Hadi al-Ameri, airs in Baghdad, Karbala and Basra;
“Al-Ettejah,” associated to the Katayeb al-Hezbollah led by senior Revolutionary Guards Quds Force member Abu Mahdi al-Mohandes;
“Al-Ahd TV,” associated to Asaeb al-Haq led by Qeis al-Khazali, whose men have vowed to fight U.S. Marines in Iraq;
“Al-Forat,” associated to Ammar Hakim, former leader of the Islamic Supreme Council of Iraq, a group known for its close ties to Tehran;
“Al-Nojaba,” associated to the Harekat al-Nojaba group that is witnessing a recent rise.

Moving on to Yemen, a country now witnessing a proxy war launched by Iran against Saudi Arabia. While its role continues unconfronted, Tehran has provided the Yemen Ansarollah, aka the Houthis, the “al-Masireh TV” and “al-Saha” networks. These establishments, based in Beirut, enjoy Lebanese Hezbollah support.

Despite the fact that al-Masireh’s satellite provider ended its services, this TV station continues to air its programs.

In Palestine the two networks of Palestine “al-Yawm” and “al-Quds” are fully controlled and funded by Iran. They are in close relations with Islamic Jihad and the Quds Force Saberin unit, known for its extraterritorial special operations. “Al-Aqsa,” however, is associated to Hamas and cannot completely be described as under Tehran’s control, while they specifically oppose peace efforts with Israel.

Following the transfer of the Iranian opposition People’s Mojahedin Organization of Iran (PMOI/MEK) from Iraq to Albania, Tehran has been redoubling its efforts to establish a wide variety of outlets in this country and across the Balkans.

The PMOI/MEK have been a target of Iran’s demonizing campaign for decades and Tehran understands it needs to invest even further in this regard to delegitimize this opposition coalition that significantly threatens its entire establishment.

This urgency is increasing daily as protests continue across the country following a recent uproar from the whole spectrum of Iran’s society, incited, according to Iranian Supreme Leader Ali Khamenei, by the PMOI/MEK.

Measures taken by the Iranian regime against the PMOI/MEK in Albania include paying various Albanian TV networks to air anti-PMOI/MEK propaganda during the past few months. A new website called “Iran-Freedom-Albania” presents such posts in Farsi, English and Albanian.

In addition, the Habilian website, known for its links to Iran’s Ministry of Intelligence, and Pars Today are now presenting Albanian language segments to their platform to target the PMOI/MEK.

This vast onslaught of media propaganda goes alongside Iran’s cyber campaign, used as domestic surveillance to hunt down protesters and gain knowledge about foreign-based activists.

Iran’s media campaign against its dissidents and opposition aims to help quell the current uprising. Be in no doubt that discovering the PMOI social network inside Iran and their supporter cells across the country are a major priority for Tehran.

First, taking into consideration the lack of transparency that Iran’s regime is known for, we should most certainly refrain from relying on official statistics. At least 30 percent of Iran’s entire economy is completely behind the curtains, controlled by the IRGC and other Khamenei-supervised institutions. There is no information on how the revenue of this large segment of Iran’s economy is allocated.

The same goes for Iran’s foreign belligerence. There is no mentioning of the budgets allocated for Syria, said to be $10 to $15 billion a year. This includes the money Iran provides to launch a new satellite TV network in this ravaged country.

There are no official statistics for these measures. Estimates indicate the Hezbollah-affiliated “al-Manar” TV station demands an annual budget of $20 million. As a result, aside from networks managed by the IRIB, Iran’s foreign-based media cost the regime around $150 million a year.

Iran is certainly feeling the international pressure to significantly curb its ballistic missile program and meddling across the Middle East. As we trust this article shows, concentrated measures are also necessary to closing the curtain on its destructive media empire.

With reports of a controversial secret deal between the Obama administration and Tehran preventing new sanctions against Iran’s IRIB, Washington should lead an effort to impose blanket sanctions on this regime’s method used to spread its malign ideology and belligerence.

The time to act is now.