The Saint Sarkis Cathedral next to a building bearing a drawing of the founder of the Islamic republic in Tehran on January 1, 2020. (AFP

Fires at three sacred sites in Iran belonging to religious minorities are raising suspicion, with some experts suggesting they may have been set deliberately.

Following an alleged arson at an ancient Jewish tomb on Thursday, fires were reported over the weekend at a Hindu temple and a Christian cemetery in the Islamic Republic.

The fires at sacred spaces belonging to three “repressed minority groups” are not a coincidence or the result of accidents as Iranian officials claim, according to expert Nina Shea.

The constitution of Iran recognizes Shia Islam as the official religion and while it purports to protect religious minorities, Christians, Sunni Muslims, Jews, Baha’i’s, and others are frequently subject to harassment, detention, and even execution. 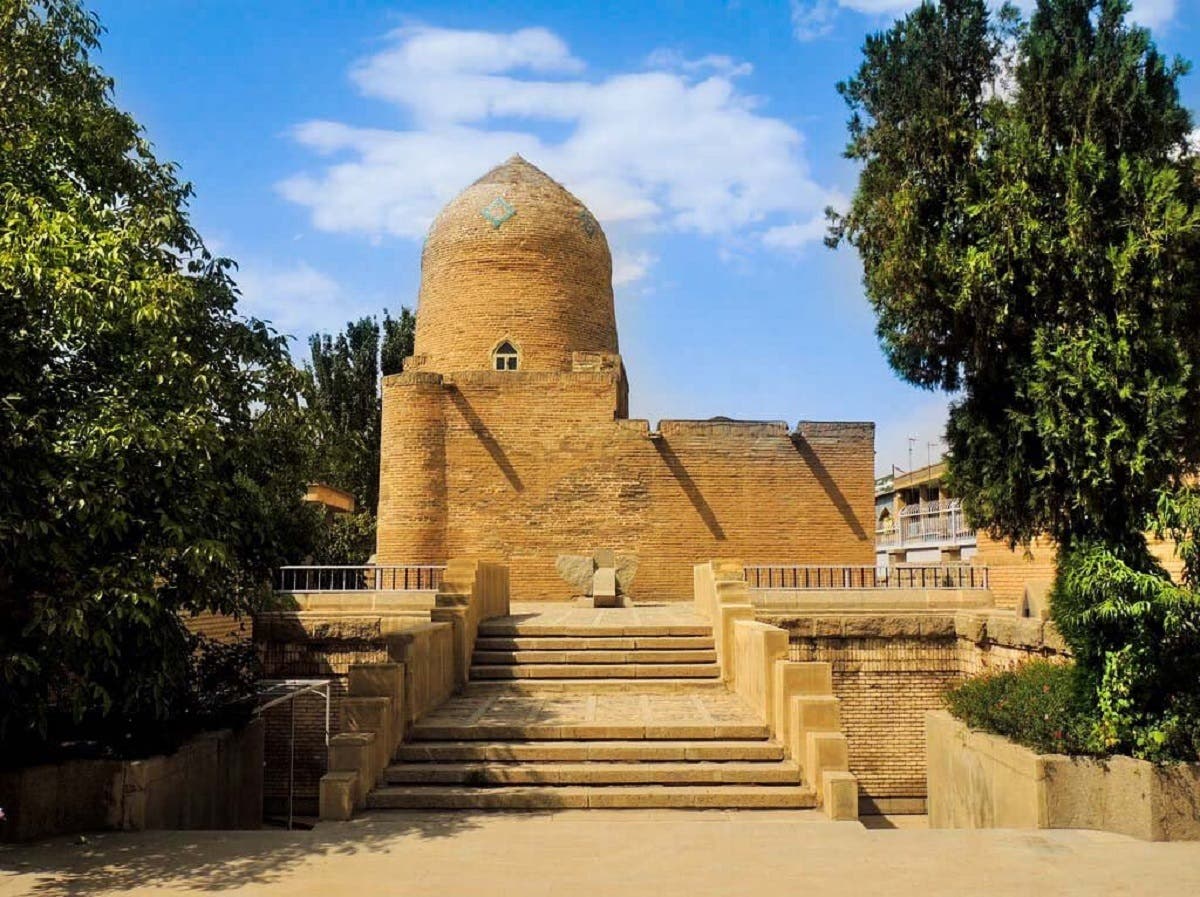 A file photo of the tomb of Esther and Mordechai, a holy Jewish site in the Iranian city of Hamedan. (Twitter)

“They are certainly deliberate attacks by those who act with impunity, that is with the blessing of the government or more likely, by government agents acting on official orders,” said Shea, director of the Center for Religious Freedom at US thinktank the Hudson Institute.

“They send a clear signal that these religious minorities are in danger in Iran and have the effect of demoralizing and intimidating them,” said Shea, who served on the US Commission on International Religious Freedom for over a decade, in an interview with Al Arabiya English.

Jewish tomb of Esther and Mordechai

On Friday, the ancient Jewish burial place of biblical figures Esther and Mordechai in the Iranian city of Hamedan was set on fire.

Iranian officials confirmed a fire had broken out and state-run IRNA news agency reported that CCTV footage documented a person trying to enter the holy site through an adjacent bank to “perform a series of action” but “failed.”

The fire comes three months after a branch of the Islamic Revolutionary Guard Corps, known as the Basij, allegedly threatened to destroy the tomb to convert it into to “a consular office for Palestine,” according to ARAM, the Alliance for Rights of All Minorities in Iran.

According to covering reports, members of Iranian #Basij attempted to raid the historic site yesterday in an act of revenge against the Israelis Palestinian peace plan by President Trump. #dealofcentury. #EsterandMordechai pic.twitter.com/TspHom7VWM

The tomb of Esther and Mordechai is the most important pilgrimage site for the Jewish community in Iran.

State media reported on Saturday another fire inside one of Iran’s two Hindu temples, located in the southern port city of Bandar Abbas.

The fire broke out in the temple’s handicraft booths, IRNA cited an official from the Bandar Abbas fire department as saying.

USCIRF is deeply concerned by an attack in #Iran on the tomb of Esther and Mordecai in Hamedan, in addition to fires at the Hindu temple in Bandar Abbas & Christian cemetery in Eslamshahr.

Iran’s gov’t must ensure protection of these sites as required under international law. pic.twitter.com/lhcA1l2Nu5

The temple itself was unharmed following the blaze, but the booths inside were severely damaged due to their “non-standard construction” as well as the absence of fire extinguishers, the official said.

On Sunday, reports of a fire at a Christian cemetery in the city of Eslamshar in the province of Tehran emerged on social media. The governor of Eslamshahr blamed the fire on a guard burning grass, IRNA reported.

The guard set fire to the weeds in the grass instead of pulling them out for his own convenience, the governor said, adding that the guard will face legal consequences. 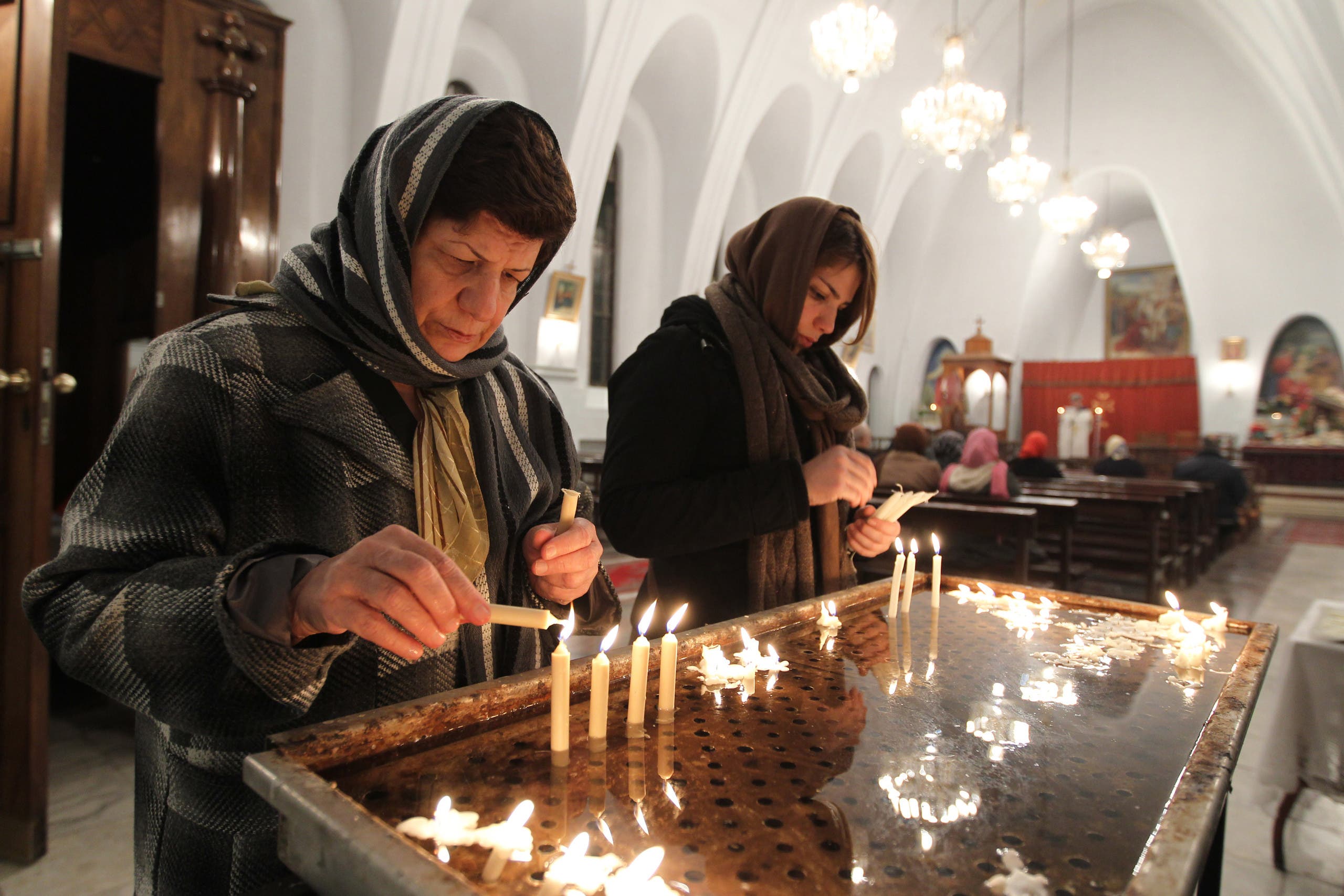 Shea said the timing of the three attacks when “Iran is economically hurting” may signal that the regime views religious minorities as hostages, which they can use to receive foreign aid.

Iran has repeatedly called for the end of US sanctions, imposed by the Trump administration.

The regime argues US sanctions hamper the country’s handling of the coronavirus, while Washington has emphasized humanitarian aid is exempt from sanctions.