Ever since the international deal over scaling back Iran’s use of nuclear technology, there’s been a lot of talk of a “thaw” in relations between Tehran and the West.

In August, the then foreign secretary Philip Hammond spoke of a “new phase” in the relationship during a two-day trip to Iran. It was a historic visit and one which would have been almost unimaginable a few months earlier. Hammond was there to formally re-open Britain’s embassy building in Tehran, five years after it was so unceremoniouslysacked by a Union Jack-burning mob in 2011.

Within days a new ambassador was installed in the embassy and perhaps most symbolically of all, British Airways resumed scheduled Heathrow-Tehran flights.

All in all, a real diplomatic sea change then? Well only up to a point. Because when it comes to the issue of UK-Iranian dual nationals jailed in Iran, we seem to be stuck in the dark, pre-nuclear deal days. Having been the subject of high-profile media campaigns by their relatives in Britain, the names of Nazanin Zaghari-Ratcliffe and Kamal Foroughi are now fairly well known.

Thirty-seven-year-old charity worker Zaghari-Ratcliffe was sentenced to five years in prison last month. She was convicted on unspecified “national security-related” offences after an unfair trial before a Revolutionary Court. As is common with “political” cases in Iran, she was forced to spend weeks in solitary confinement before being allowed to communicate (in a limited fashion) with her family or obtain legal advice.

Foroughi is a 77-year-old oil and gas consultant serving his sixth year of an eight-year jail sentence after being convicted of espionage. Again, his trial was at best dubious and came after a very lengthy period in solitary confinement (more than a year). Latterly, despite being eligible for conditional release after serving more than a third of his sentence, Foroughi, who has multiple health concerns, including urgently needing cataract operations, is still languishing in Evin Prison in Tehran. 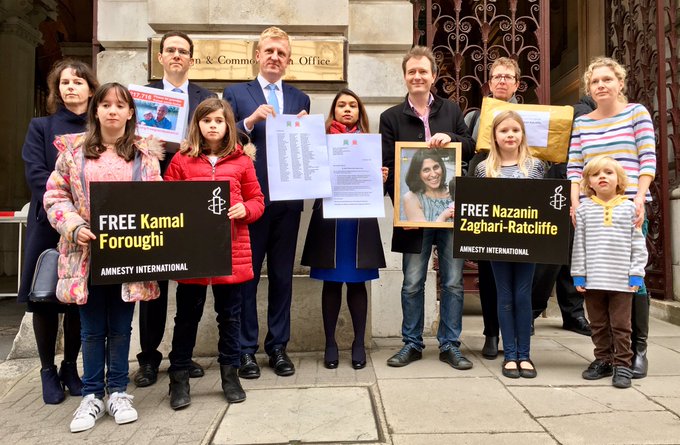 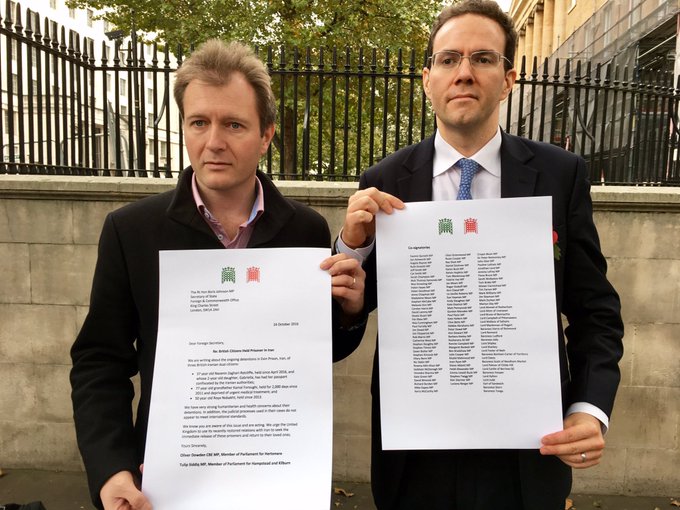 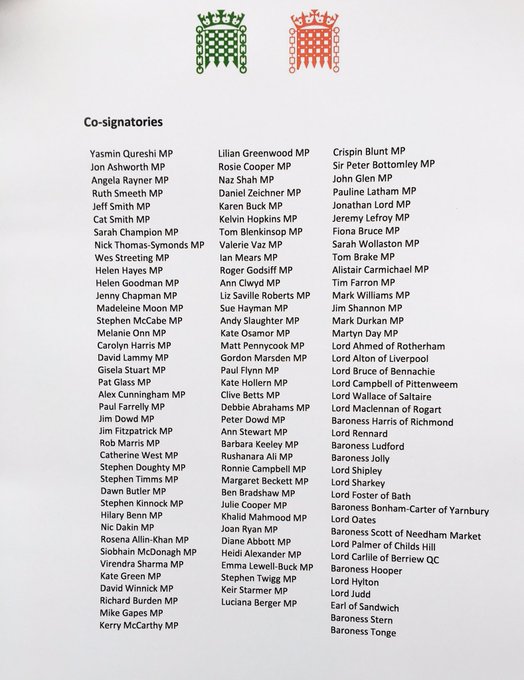 Both of these deeply troubling cases are well known to the Foreign Office. In September, Theresa May reportedly raised their plight in a face-to-face meeting with Iran’s president Hasaan Rouhani in New York, yet nothing seems to have changed.

Some commentators expected a smooth progression from the nuclear deal to an ever-deepening rapprochement between Iran and the West, and for a while this seemed plausible. A string of other jailed north American-Iranian dual nationals have been released, including the Canadian academic Dr Homa Hoodfar – apparently freed after the Trudeau government worked with third-party countries like Italy, Switzerland and Oman.

But the pendulum has recently swung back the other way. Last week two US-Iranian dual nationals, Siamak Namazi and his 80-year-old father Baquer, were jailed for ten years each “for cooperating with the hostile government of America”. For many Iranian analysts, this looks like the ebb and flow of a factional politics within Iran, as groups around the hardline Revolutionary Guards and conservative judges battle it out with the (slightly more) reformist president and his political supporters. The worry is that Ms Zaghari-Ratcliffe and Mr Foroughi are being treated as political pawns by the Iranian authorities.

Boris Johnson and his Foreign Office colleagues must do a lot more to secure proper justice for these British nationals. After all, what could be more symbolic of the entire Anglo-Iranian relationship than the situation of dual-nationals? If Zaghari-Ratcliffe and Foroughi are an embodiment of this relationship, then it’s actually in a pretty parlous state.

Boris Johnson needs to make good on Philip Hammond’s upbeat pronouncements regarding the new phase of UK-Iranian relations. The release of Zaghari-Ratcliffe and Foroughis would be a very good start.