London-based Persian-language TV stations Iran International and Manoto are the “most popular” television channels among Iranians, according to a new survey.

The survey, titled “Iranians’ attitudes toward media” was conducted in February by the Group for Analyzing and Measuring Attitudes in Iran (GAMAAN), an independent, non-profit research foundation registered in the Netherlands that studies the attitudes of Iranians towards various social and political subjects. The results of the survey were published in March.

According to the survey, news channel Iran International and general entertainment channel Manoto are the “most popular” television channels among Iranians with 33 percent and 30 percent daily viewership respectively. 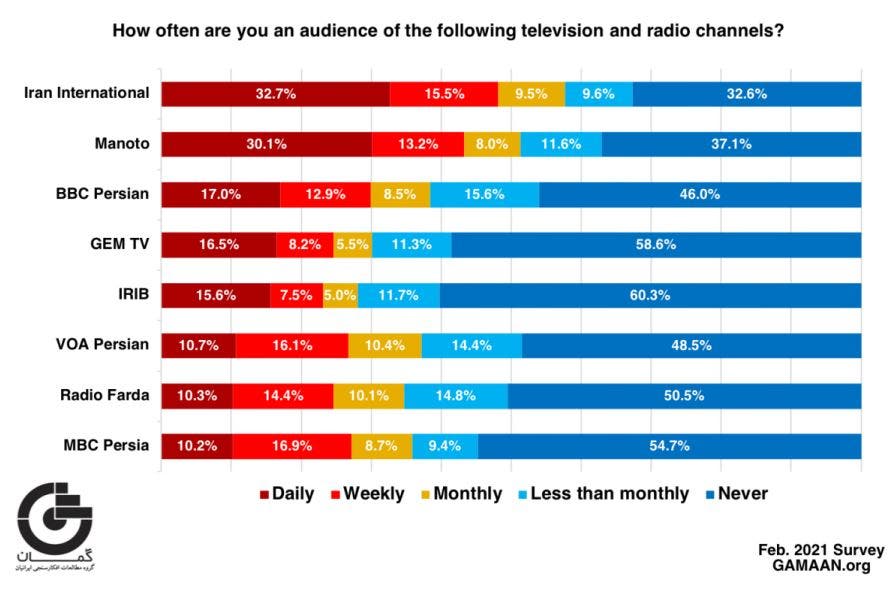 A survey question dealt with the extent to which respondents watched and listened to the various television channels and radio stations. (GAMAAN.org Survey)

The two channels are privately-owned. Manoto launched in 2010, while Iran International launched in 2017. Iranian officials often refer to the two channels, as well as other foreign-based Persian-language media outlets, as “tools” Iran’s adversaries use to try to harm the Islamic Republic.

In November 2019, Iran said it froze assets belonging to some of Iran’s International staff in their home country, citing the channel’s coverage of anti-government protests at the time.

In a statement at the time, the channel said relatives of some of its staff were being harassed by Iran’s intelligence ministry.

The BBC’s Persian service, a direct competitor of Iran International and Manoto, came third in the survey, with 17 percent daily viewership.

Of those surveyed, around 74 percent said they have no trust at all in Iran’s state broadcaster (IRIB). 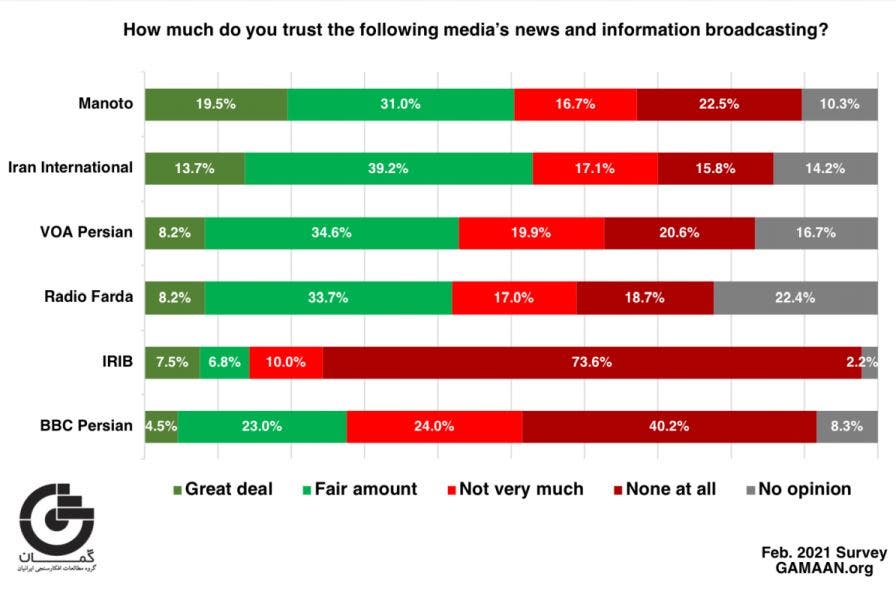 Respondents were also asked about their trust in the news and information provided by various media. (Survey GAMAAN.org)

Over 27,000 people were surveyed, around 90 percent of whom lived in Iran, according to GAMAAN.

Around 78 percent of the respondents also said they will not vote in Iran’s upcoming presidential elections. 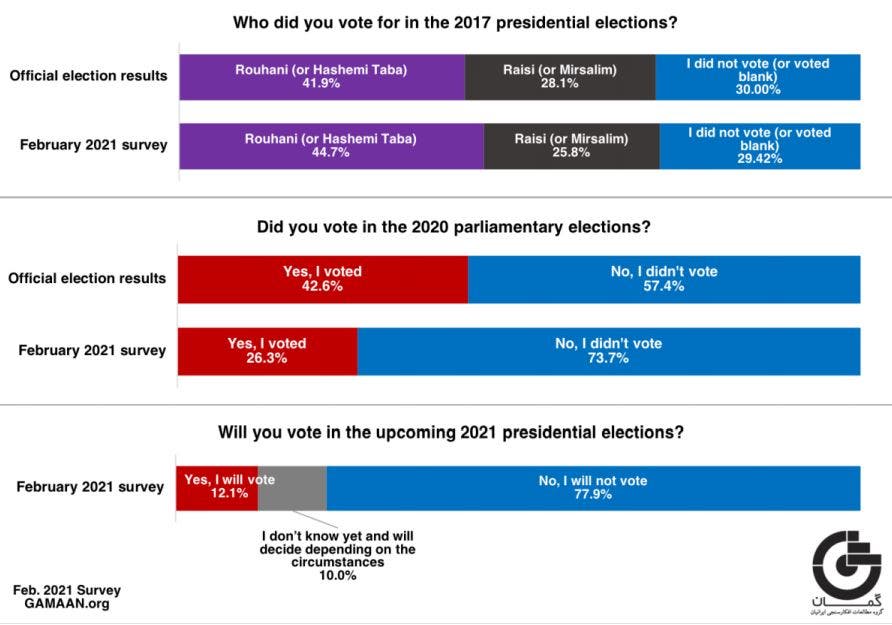 The survey also queried respondents’ electoral behavior and their willingness to vote in the upcoming June 2021 presidential election in Iran. (Survey GAMAAN.org)

Iran is due to hold presidential elections on June 18, and several senior Iranian officials have already expressed concern over potentially low voter turnout. The Islamic Republic considers turnout critical to its legitimacy on the international stage.

Last year, turnout in Iran’s parliamentary elections was around 42 percent, the lowest since Iran’s 1979 Islamic revolution.

“This study’s findings reflect the views of literate Iranian residents aged above 19, who comprise 85 percent of Iran’s adult population. The results can be generalized to the target population with a 95 percent credibility level and credibility intervals of 5 percent,” according to GAMAAN.