UK: Vigil to be held for mother jailed in Iran

Home/Europe/UK: Vigil to be held for mother jailed in Iran
Previous Next

UK: Vigil to be held for mother jailed in Iran

The vigil for Nazanin Zaghari-Ratcliffe will take place outside the Iranian Embassy in London on Monday January 16, said organisers Amnesty International UK.

The charity worker was jailed for five years last September for allegedly plotting to topple the government in Tehran.

Mrs Zaghari-Ratcliffe, from Hampstead, north-west London, was arrested at Tehran Airport in April while she was with her daughter Gabriella, and later jailed.

Monday’s vigil, to be held between 4pm and 6pm, is timed to mark one year since the Washington Post journalist Jason Rezaian and other US-Iranian dual-nationals were released from prison in Iran. 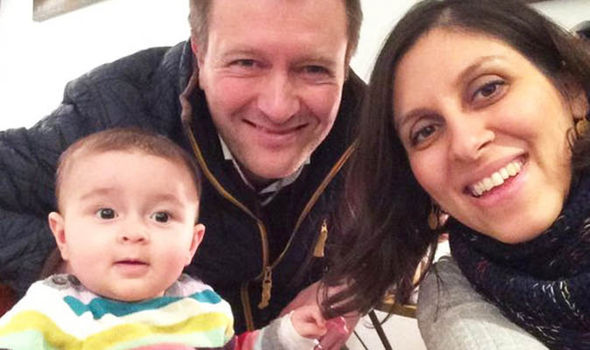 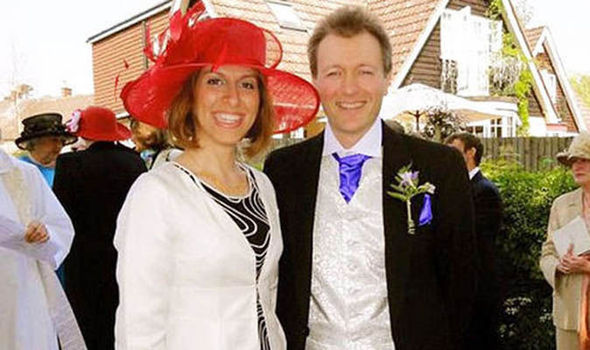 Mrs Zaghari-Ratcliffe’s husband, Richard Ratcliffe, will attend the vigil and deliver a letter to the Iranian Embassy renewing his call for her release.

The 38-year-old appealed against her prison sentence earlier in January, but no decision has been communicated by the Iranian authorities, said Amnesty.

The human rights charity said the mother has suffered a serious decline in her physical and mental health.

In a phone conversation, she told her husband that Revolutionary Guard officials said she must choose between having her two-year-old daughter stay with her in prison for up to three days a week, or sign a document saying she does not want the “right to be with her young daughter”. 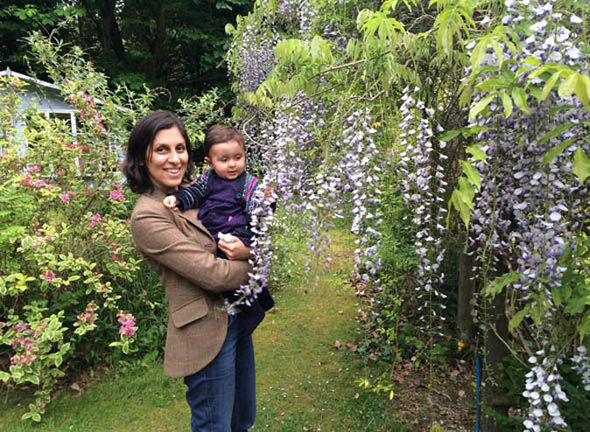 Mrs Zaghari-Ratcliffe was with her daughter Gabriella when arrested

Amnesty spokeswoman Kathy Voss said: “With other dual-nationals getting released in Iran, it’s ever more worrying that Nazanin and other UK-Iranians are still languishing behind bars.

“This vigil is about keeping Nazanin’s case in the minds of the authorities back in Tehran. We urgently need to see Nazanin freed and allowed to return to Britain with her young daughter.”