Defense Minister Benny Gantz told US President Joe Biden’s national security adviser Friday that Israel “needs” the US to have a credible military option against Iran, a senior Israeli official said to reporters Friday, amid reports of an emerging renewed nuclear deal between the Islamic Republic and world powers.

According to the defense official, Israel received “good hints” with regard to the US having a working offensive plan against Iran. He did not elaborate, but said it that would potentially ensure Tehran is more flexible during negotiations for the renewed accord. If not, the US would be ready to act against Iran alongside Israel, which has also been preparing a military option.

The official said the meeting between Gantz and Jake Sullivan in Washington was “intimate” and “positive.” He said Gantz emphasized Israel’s objection to the potential deal, which has been branded by Israel as “very bad.”

The official warned that Iran’s nuclear program has expanded significantly since 2018 when then-US president Donald Trump pulled out of the so-called Joint Comprehensive Plan of Action. The official said he personally viewed Trump’s move as a mistake.

The official said the situation had reached a point where there are only two scenarios: No agreement, allowing Iran to gradually expand its nuclear program further, or a bad deal that does not serve Israel’s interests.

The official said Israel has two main concerns with regard to the potential deal: the so-called sunset clause, which will lift limitations on Iran’s nuclear program when the accord expires; and sanctions relief that would allow Iran to increase funding to its proxies.

The official added that Israel has attempted to influence the deal in certain aspects as much as possible, but “as of now, it is far from serving Israel’s interests as it sees it.” Israel seeks to make the deal “longer and stronger,” the official said.

Still, the official said Gantz’s objections were positively received by Sullivan. “I think that we are being listened to even if the Americans, in the end, don’t accept everything we want,” the official said.

The official said that Israel would still have its freedom to act against Iran, adding that whether an agreement is signed or not, Jerusalem would still continue its efforts against what it sees as hostile Iranian actions.

A readout issued by the US National Security Council spokesperson said “Sullivan emphasized President Biden’s unwavering commitment to Israel’s security, and the two exchanged views on ways to deepen the US-Israel security partnership, including via regional cooperation and coordination.”

“They discussed US commitment to ensure Iran never obtains a nuclear weapon, and the need to counter threats from Iran and Iran-based proxies. They also discussed the need to ensure equal measures of security, freedom, and prosperity for Palestinians and Israelis alike, and the importance of ongoing follow-through on initiatives announced during President Biden’s trip to Israel,” the statement said. 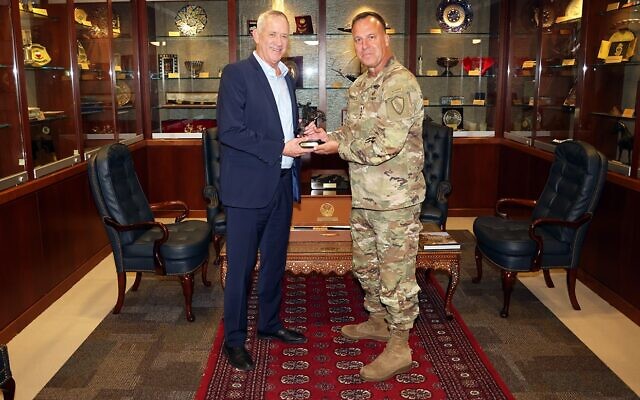 On Thursday, Gantz met with US Central Command chief General Michael Kurilla, at CENTCOM’s headquarters in Florida. Gantz was briefed on the US’s plans for the days after a nuclear deal is agreed upon, or not. He was also given a tour of a fleet of refueling planes, used for long-range missions.

Gantz and Kurilla’s discussion focused on ways to increase cooperation between Israel and the US military, methods for countering the Iranian threat in the Middle East, and a “Plan B” to the nuclear deal.

Gantz warned Kurilla that if there is no deal, Iran would feel more “liberated” to act, and therefore Israel and the US would need to strengthen cooperation with regional allies in order to combat potential actions by Iran or its proxies.

Gantz also pressed Kurilla on the US’s capabilities to act in Iran, if Tehran pushes forward with developing a nuclear weapon. Last month, Biden told Israel’s Channel 12 news that he would use force against Iran as a “last resort” to prevent it from obtaining nuclear weapons.

CENTCOM officially assumed responsibility for the US military’s relationship with Israel in September last year. Until then, Israel had been kept in the area of responsibility of the European Command (EUCOM) in order to prevent possible tensions between CENTCOM and the Arab and Muslim nations under its purview, many of which did not maintain formal ties with Israel and would therefore not want to be considered as mutual allies.

In recent years, however, CENTCOM’s Arab allies have increasingly developed relations with Israel, some informally, so the issue has largely faded.

“Israeli influence in the region is growing stronger,” the senior defense official told reporters on Friday.

“The region’s players are no less disturbed than we are by the emerging agreement. We have communication channels, and in many ways, they put their trust in us that we will convince and influence,” he said.

The official said such dialogue was taking place “under the umbrella of CENTCOM.” 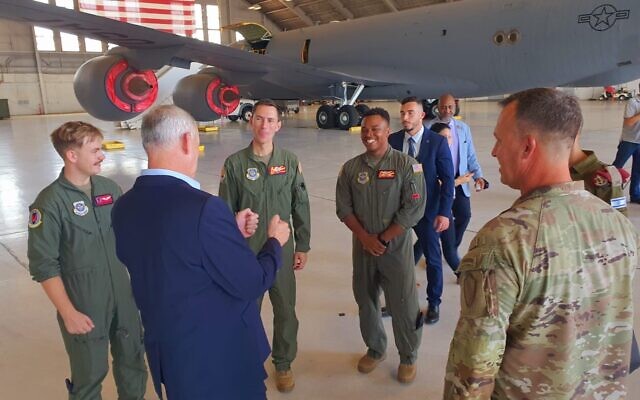 Provided a new deal is signed, Israeli officials say they expect Iran to significantly ramp up funding for its proxies in the Middle East, including the Lebanese Hezbollah terror group on Israel’s northern frontier.

Gantz was visiting the US the same week as a trip there by Israeli national security adviser Eyal Hulata, both carrying a message of displeasure from Jerusalem at the acceleration in talks toward reviving the 2015 nuclear deal with Iran

Iran said Wednesday that it had received the US’s response to its proposal for a return to the 2015 accord.

White House National Security Council spokesman John Kirby declined to characterize the administration’s response to the latest proposal, but noted that “we are closer now than we were even just a couple of weeks ago because Iran made a decision to make some concessions.”

Prime Minister Yair Lapid told reporters on Thursday that Israel’s efforts to influence the outcome of negotiations had borne fruit, but that the accord was still “a bad deal” for Israel.

Mossad chief David Barnea called the emerging deal “a strategic disaster” for Israel, in recent meetings about the agreement. He said it would be “very bad for Israel” and the US “is rushing into an accord that is ultimately based on lies,” citing Iran’s ongoing claim that its nuclear activities are peaceful in nature.

Israel has long opposed the deal, arguing that Iran is seeking to build a nuclear bomb, and has published intelligence it says reveals the Iranian weapons program. Iran has denied any nefarious intentions and claims its program is designed for peaceful purposes, though it has recently been enriching uranium to levels that international leaders say have no civil use.