Tensions are rising between the United States and Iran, but war is still unlikely – especially as the coronavirus pandemic gives both countries increasingly dire domestic problems to manage. If the tensions do escalate into a regional conflict, it will likely be as a result of miscalculations or mistakes rather than deliberate strategy – and only then if the miscalculations are lethal enough to compel a cycle of retaliation and violence.

While American war threats and Iranian harassment tactics serve as useful distractions from the domestic problems caused by COVID-19, neither power has a core desire for major conflict. However, Iran’s nuclear program is always lurking. If the Iranians continue to advance the program, eventually they will trigger a major regional conflict, pandemic or not.

COVID-19 is siphoning the limited political and social energy in both countries for further serious escalation. That was already evident in the most recent cycle of Iran-US confrontation back in March. On March 12, US forces launched airstrikes on Iran’s Iraqi proxy, Kata’ib Hezbollah, for a rocket attack that killed two US service members and one UK soldier. 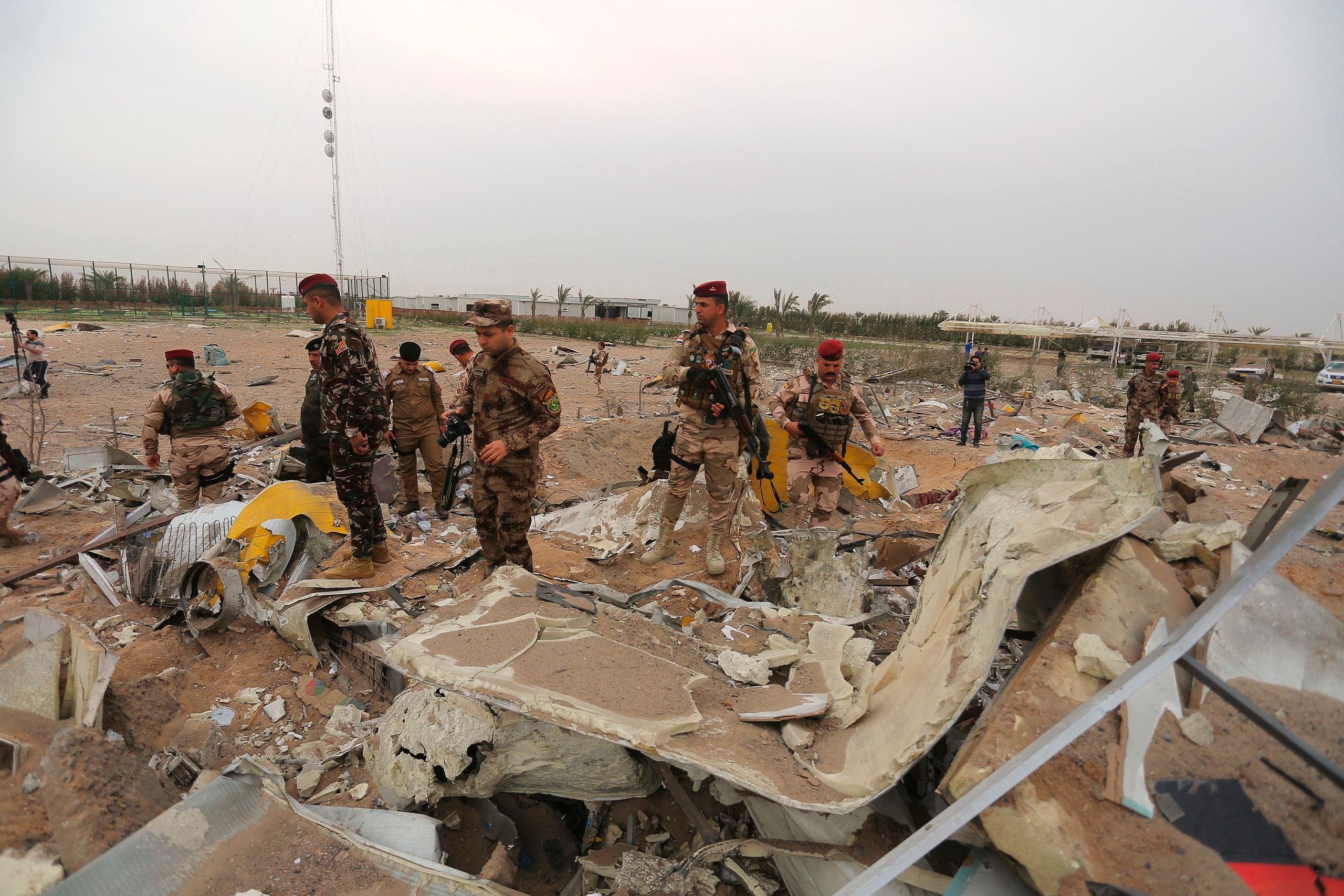 But rather than repeating the cycle of escalation that happened in late December and early January – when the US assassinated senior Iranian commander Gen. Qassem Soleimani, prompting Iran to launch a cruise missile attack on the al-Assad airbase – this time the US conducted proportional strikes on Kata’ib Hezbollah targets. Iran did not retaliate, and Kata’ib Hezbollah, taking its cue from its patron, avoided escalation.

This was because by mid-March, both Iran and the US were coming to grips with the massive impact of COVID-19 on their societies and economies, adding to pre-existing inclinations to avoid a major war. Now the two are entering a phase of increasingly compartmentalized competition and conflict.

Iraq is the clearest proxy theater that will continue to see cycles of violence as Iranian proxies harass US forces and US forces respond. But it is clear that both sides want to keep that confrontation confined to Iraq and limited to tit-for-tat exchanges.

In the Arabian Gulf, the site of the most recent rhetorical confrontation between Iran and the US (when President Donald Trump threatened to destroy Iranian ships that harassed US naval vessels), the situation remains similarly contained, with a less likely path to escalation than Iraq.

Iran faces a huge military disadvantage against the US Navy, and so Iranian provocation will be likely designed to increase tension rather than intentionally strike US ships, as Tehran knows that the US is capable of rapidly gutting much of the Iranian navy – as it did in 1988’s Operation Praying Mantis.

Moreover, it is in Iran’s interests to avoid being seen as the aggressor in the Gulf, which would likely undermine Tehran’s efforts to bring in international aid for its COVID-19 crisis, exposing the regime to domestic criticism that its hardline tactics are imposing yet more suffering on the Iranian people and eroding even more legitimacy from the Islamic Republic. These two factors mean that Tehran is not in a position to risk humanitarian corridors in exchange for near-suicidal attacks on the US Navy.

For that matter, the US is increasingly turning to a strategy of sanctions first, military retaliation second. That’s because Iran’s sanctions barely register in the US public, giving the president wide leeway to continue that strategy. 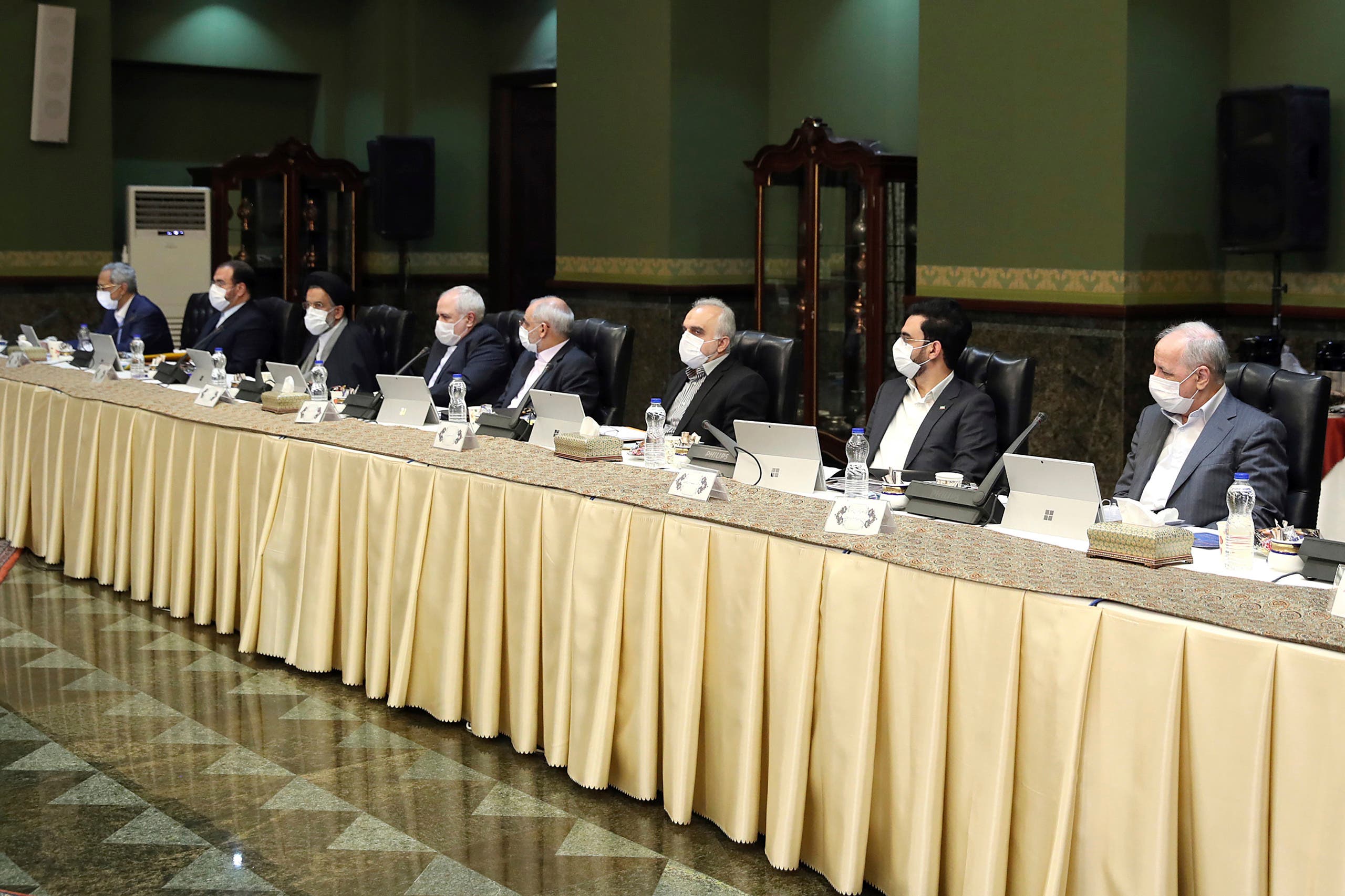 In this photo released by the official website of the Office of the Iranian Presidency, cabinet members wearing face masks attend their meeting in Tehran, Iran on March 18, 2020. (AP)

Meanwhile, Americans have consistently shown a willingness to support presidents who retaliate to provocations, meaning that it’s very likely that future harassment will be met with a US response. But that response will also be limited by politics: few Americans in 2020 want to see the country embroiled in another major Middle Eastern war as they come to terms with what the pandemic has done to their economy and society.

With these considerable constraints in place, there are only two viable paths to major conflict: the path of mistakes and the path of further Iran nuclear enrichment. As Iran and the US settle into compartmentalized confrontation and limited harassment, they both nevertheless risk skirmishes that can rapidly explode into something more notable.

The January 8 attack on Al-Assad airbase did not appear designed to cause mass casualties – but even precision weapons sometimes miss their targets. Should another round like that occur, it could result in enough deaths that provoke the Americans into a more robust response. For that matter, the US could decide to retaliate on a scale that provokes the Iranians or their allies into a more dangerous response – such as the assassination of Soleimini and Kata’ib Hezbollah leader Abu Mahdi al-Muhandis in January.

President Trump, looking for temporary distractions from COVID-19, has a record of risky gambles, and so it cannot be ruled out Washington provokes a confrontation with Iran that then spirals out of its control.

The second, more likely path to war remains Iran’s nuclear enrichment program. It is widely agreed that if Iran will be able to breakout and develop a nuclear weapon if it enriches more than 20 percent the highly enriched uranium in its stockpile. If Iran decides to enrich past this threshold, tensions will ratchet up and make a major conflict more likely.

This potential war would not only include the US but also Israel, which has now emerged with a nationalist unity government that has openly broadcast its intent to attack Iran should it move toward a nuclear weapon. A war between Israel and Iran remains capable of bringing in the US, not just because of the US-Israeli alliance but also because even in an election year Israel’s security will be paramount to many American voters.

COVID-19 will continue to slow the drive to war, but won’t completely end it. As 2020 unfolds, the potential of a major regional conflict between the US and Iran remains possible.