Iranian Revolutionary Guards drive a speedboat in front of an oil tanker at the port of Bandar Abbas on July 2, 2012. (AFP)

Israel has targeted at least 12 ships bound for Syria, most of them transporting Iranian oil, with mines and other weapons, according to a Thursday report.

The attacks started in late 2019 and targeted both Iranian vessels, and other ships with Iranian cargo, the Wall Street Journal reported, citing “US and regional officials.”

Some of the Israeli strikes, which took place in the Red Sea and other areas, targeted Iran-linked weapons shipments, the report said.

The attacks did not sink the tankers, but forced at least two of the vessels to return to port in Iran.

Israel sought to halt the trade in oil because it believed the profits were financing regional extremists, the report said.

Iran has carried on with its oil trade to Syria in recent years, in violation of both US sanctions on Tehran and international sanctions on Damascus.

Israel declined to comment to The Wall Street Journal on the report.

The attacks mark a new front in the shadow war between Israel and Iran.

Israel said Iran was behind a blast on an Israeli-owned ship in the Persian Gulf last month; Iran denies the charge.

Some sources said the explosion on the MV Helios Ray, a tanker carrying cars, was caused by limpet mines. The damage forced the ship to port for repairs but did not disable it or injure any crew.

In the tense summer of 2019, the US military blamed Iran for explosions on two oil tankers near the Strait of Hormuz, one of the world’s most strategic shipping lanes.

Iran, whose leaders repeatedly call for Israel’s demise, backs the Hezbollah terrorist group, as well as terror groups in the Gaza Strip. 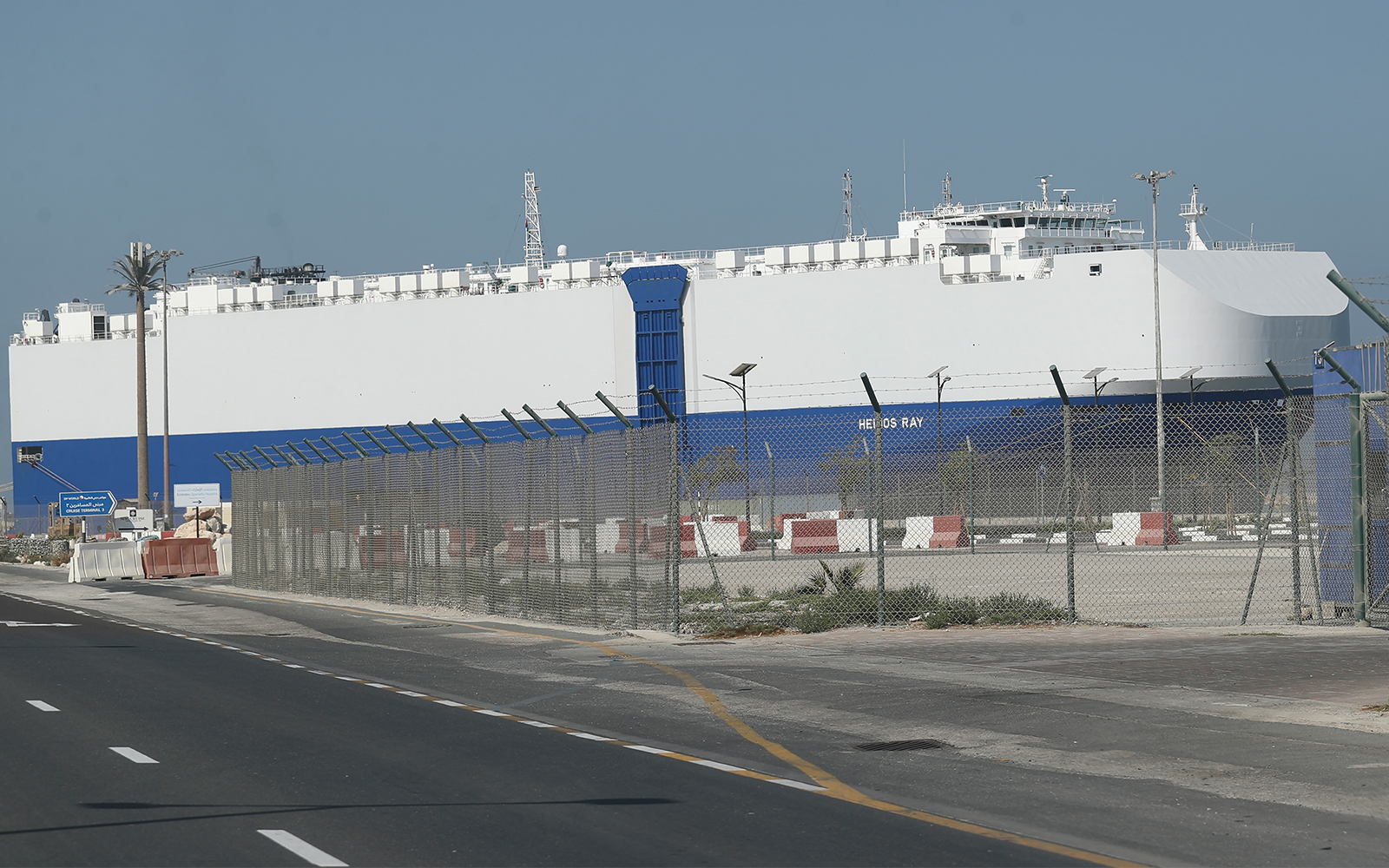 The Israeli military has launched hundreds of airstrikes in Syria since the start of the civil war in 2011 against moves by Iran to establish a permanent military presence in the country and efforts to transport advanced, game-changing weapons to terrorist groups in the region, principally Hezbollah.

Iran has blamed Israel for a recent series of attacks, including a mysterious explosion last summer that destroyed an advanced centrifuge assembly plant at its Natanz nuclear facility and the killing of Mohsen Fakhrizadeh, a top Iranian scientist who founded the Islamic Republic’s military nuclear program two decades ago.

Tensions have heated in the Middle East in recent months, as Iran repeatedly violated the terms of its 2015 nuclear deal with world powers ahead of possible talks with the Biden administration.

Israel’s environment minister blamed Iran for an oil spill off the Israeli coast last month that saw hundreds of tons of tar pollute beaches along most of Israel’s Mediterranean coastline, but Israeli security officials said they could not confirm the allegation. Much of the tar has been removed, and many beaches have now reopened.

Informal talks between the US and Iran over the return to the nuclear deal could begin in the coming weeks, American and European diplomats told The New York Times in a report Thursday.