Supporters of the Houthis hold posters of IRGC commander Qassim Soleimani and placards that read: “God is the Greatest, Death to America, Death to Israel, Curse on the Jews, Victory to Islam” in Saada, Yemen Jan 6, 2020. (Reuters)

The US called on the Iran-backed Houthi militia to release a Yemeni Jewish hostage on Tuesday.

Levi Salem Musa Marhabi, a member of Yemen’s dwindling Jewish community, has been wrongfully imprisoned for four years, according to the US State Department.

Marhabi was allegedly targeted by the Houthis for visiting Israel, according to a report in Jewish news outlet, Ami magazine.

The report, based on conversations with Marhabi’s relative, said the Houthis are holding Marhabi in “terrible conditions.”

The Houthis have frequently taken hostages, mostly civilians and even humanitarian workers.

Journalists have also been targets of Houthi kidnapping amid the ongoing war for the country. The Iran-backed Houthis took over the capital Sanaa from the internationally recognized government in 2014.

The official Houthi slogan includes the phrases “Death to America, Death to Israel, Curse on the Jews.” 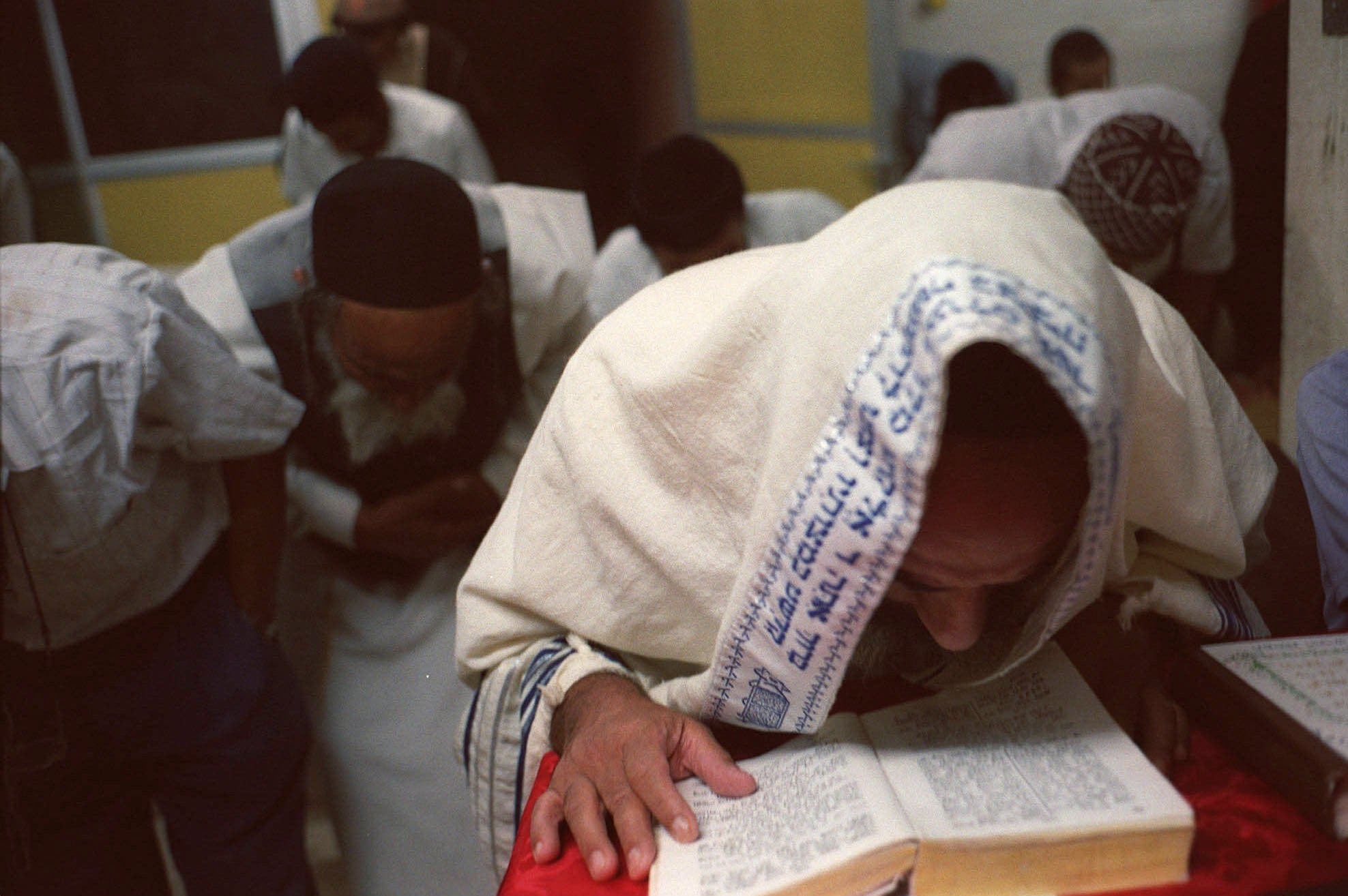 Yemenite Jews bow as they pray in the synagogue at the Oshiot neighborhood in Rehovot, Israel, Sept. 17, 1997. (AP)

On Saturday, the Yemeni embassy in Washington condemned a Houthi graduation ceremony for its use of the motto, calling it “appalling anti-American and anti-Semitic rhetoric.”

In August, Israeli media reported that the Houthis were ordering Yemen’s remaining Jewish citizens to leave the country or be deported.

The current Jewish population is estimated to be around 100 people.

The majority of Yemen’s indigenous Jewish community fled the country in 1949 after the creation of the state of Israel.