Yemen’s Iran-backed Houthi militia has threatened to blow up a decaying floating storage tanker full of oil, causing major environmental damage to the Red Sea, if the eastern port city of Hodeidah falls to the UN-recognized government, a political analyst told Al Arabiya.

The Houthis have been fighting against the UN-recognized government of Abdrabbuh Mansur Hadi and the Arab Coalition since 2015 and currently control both the capital Sanaa and the strategic port city of Hodeidah, which is a key government target.

According to al-Mathhaji, the Houthis have threatened to destroy the FSO Safer tanker, which is currently carrying an estimated 1,400,000 barrels of crude oil and needs critical maintenance to mend cracks that have been allowing water to leak into the control room.

“This is one of the decisions they’re threatening to take, but they might lose the option since the ship will not last,” said Majid al-Mathhaji, political analyst, in a television interview. “The tanker will break down and the oil will be out of their control.”

The ship is currently at risk of sinking or exploding, which would flood the sea with oil and have a devastating impact on the Red Sea coral reef, Yemeni islands and the livelihood of Yemeni fishermen, according to a video released in June by the Saudi embassy in the US. 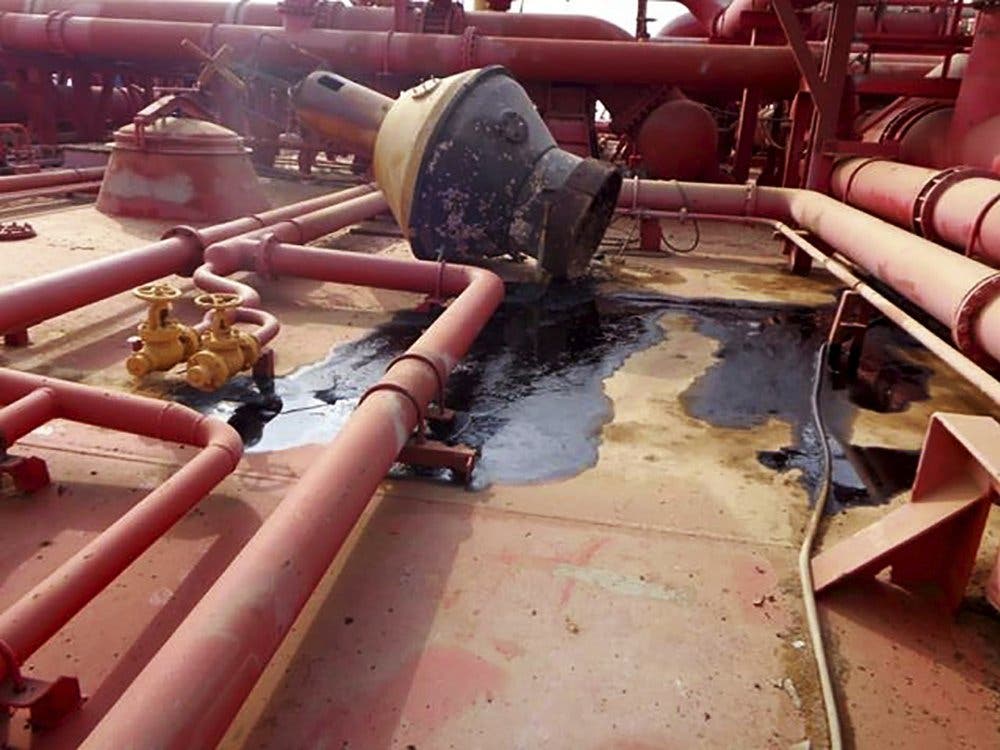 If the Houthis cannot use the ship as a tool for political pressure, they will likely try and gain from it financially, said al-Mathhaji.

“The crude oil is worth between $40 to $60 million and the Houthis want to take control,” the analyst told Al Arabiya. “They want to resell it, but they cannot do so legally since it belongs to the government. Therefore, by complicating the situation, [the Houthis] put pressure on international parties in an attempt to get their hands on the oil.”

The 1976 tanker, described as a “floating bomb” by the Atlantic Council in April, was left deserted after it was captured by the Iran-backed Houthi militia in March 2015.

The Houthis have also blocked several UN plans to inspect the ship to assess the scale of the damage.

The most recent incident was last month, when the Houthi militia blocked the maintenance of the aging oil tanker, according to Saudi Arabia’s embassy in the United States.